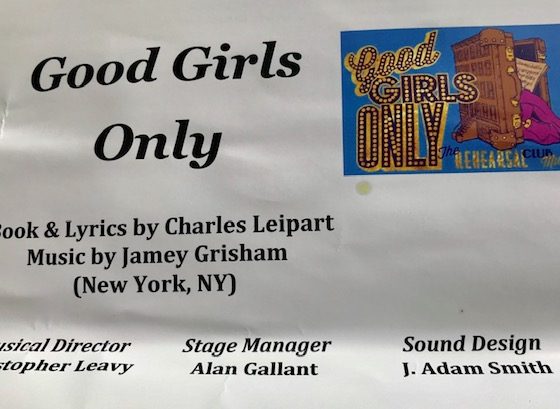 WINTER PARK — In 1937, the RKO movie studio had a hit with a film called Stage Door, about a group of young, would-be actresses living together in a boarding house on W. 58th Street in New York City. With stars that included Katharine Hepburn, Ginger Rogers, Lucille Ball and Eve Arden, it documented a way of life for women of that era who wanted to be both successful actresses and, according to the requirements of their boarding house, “good girls” who stay on the up and up.

Although the concept sounds dated, one of the most legendary boarding houses for women was The Rehearsal Club, which first opened its doors in 1913 on W. 46th Street in the heart of New York’s theater district. The boarding house would eventually relocate to 45-47 West 53rd St., where it would operate for more than 50 years, until financial problems caused it to close in 1979. Interestingly, in 2006, an alumnae from the Rehearsal Club, Kathleen Conry, was commissioned to direct the theater version of Stage Door, putting the spotlight back on the history of boarding houses for would-be actresses.

That history is now also covered by something else: Good Girls Only, a new musical that’s being developed by playwright Charles Leipart, who wrote the book and song lyrics, and his composer, Jamey Grisham. Both of these artists, who live in New York, were in Winter Park on Sunday, for the reading of Good Girls Only at the closing day of the Florida Festival of New Musicals.

What Is Good Girls Only About?

Good Girls Only covers five decades’ worth of history at The Rehearsal Club, though not necessarily in chronological order. Instead, it follows the lives of a group of women, from 1925 through the club’s final days in 1979, and the impact it had on their lives.

Gladys is an aspiring actress, but can’t get a room at the Rehearsal Club — because it’s the 1920s, and she’s a black woman. Instead she’s offered a job as a house servant for $8 a week and two meals a day. Gladys accepts, and spends years cleaning up after other women while her acting ambitions get sidelined.

Dierdre finds out what it’s like to work in a nightclub frequented by mobsters — she’s warned not to accept favors from the mob boys, such as the offer of a ride home. She also endures angry fits from the club’s manager when she won’t wear the right color nail polish or the required shoes. Glamorous, it’s not.

And so it goes, as the play puts a greater focus on the women themselves, their efforts to establish a career in a very challenging field, and how their lives intersect at that boarding house. They come from all over — small towns, farms and rural areas, even other countries, often with nothing more than a few dollars in their pockets and, of course, plenty of dreams. And, of course, they’re required to be “good girls” as long as they stay at the boarding house.

Good Girls Only was one of six new musicals that are in the development stage, and that were given a reading at the Florida Festival Of New Musicals, which is sponsored by the Winter Park Playhouse. The Festival, which the Playhouse has sponsored for the past several years, gives playwrights and composers an opportunity to introduce their new productions to local audiences.

The staged reading of Good Girls Only was directed by George Colangelo, with the music directed by the Playhouse’s musical director Christopher Leavy. The cast featured six women and two men who did a fantastic job bringing Leipart’s characters to life. Particularly good were Dayla Carroll as the practical minded Gladys, Patrece Bloomfield as the sassy Dierdre, and Rebecca Jo Lightfoot in multiple roles, including the club’s landlady and as a starving artist who arrives there in 1959 nearly flat broke, and not much interested in being a “good girl.”

And both Brian Brammer and Zach Nadolski do an excellent job juggling multiple male roles throughout the show. The characters are often fascinating to follow, Grisham’s nostalgic score is delightful, and it was hard to beat the casting on this one.

This is an exceptional work, and I say that from having seen only the first act. I have a feeling the Winter Park Playhouse is likely to become the launching pad for a show that turns out to be a real audience favorite, with a lot of popular performances ahead of them.

The Winter Park Playhouse is at 711 Orange Ave., Suite C, in Winter Park. Although the Florida Festival of New Musicals concluded on Sunday, the Playhouse has other productions coming up, including their Spotlight Cabaret Series, held around their lobby piano bar for a New York-style cabaret featuring different professional singer. Hannah Laird will perform there on Wednesday and Thursday at 7:30 p.m.

Tickets are $20 with a one drink minimum, and advance reservations and early arrival are recommended since seating is limited to 72. Tickets can be purchased online or by calling the box office at 407-645-0145. Once sold-out, standing room tickets will be available for $10.