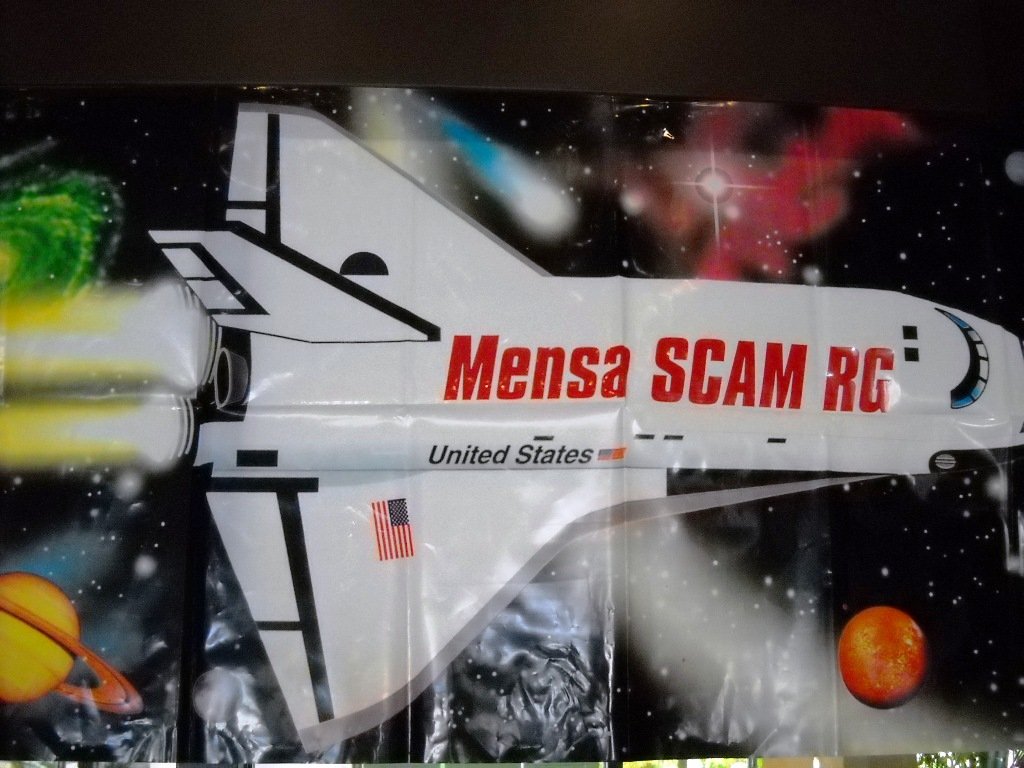 COCOA BEACH – Words are supposed to be clear and obvious, and so are the laws that guide society. But these days, how we use words – and, likewise, how we interpret the law – can be very ambiguous and open to wide interpretation.

Or, as Mel Dahl noted, “It depends on what the meaning of “is” is.”

In the field of law, this has become a hotly debated topic: does the law mean what it plainly seems to say? Or does the law change with the times, following altering public attitudes, making it more of an evolving document than one set in stone?

It could be, as Dahl noted, “using language to achieve a desired result. How do you say, ‘Well, this does not mean what it plainly says it means,’ and how do you get around that.”
Dahl knows something about the law – and about the intellectual challenges that the law as an evolving document pose — and not just for the legal system. A former trail attorney and legal writer, Dahl is also the Region 10 Vice Chairman for Mensa, the largest and oldest high-IQ society in the world, for people who score at the 98th percentile or higher on Mensa’s intelligence admissions test. Region 10 covers Florida and parts of south Georgia.

Dahl was a guest speaker during the Space Coast Area Mensa chapter’s “SCAM-O-WEEN 2010” regional gathering at the Comfort Inn and Suites hotel at Cocoa Beach, held over the Halloween weekend. In addition to hosting a costume contest and handing out awards for the best male, female, group and themed costumes, Mensans also devoted the weekend to debating issues like …. It depends on what the meaning of ‘Is’ is.

As Dahl noted, courts have always interpreted the law in different ways. As an example, he noted a recent decision by the U.S. Court of Appeals on whether the U.S. Constitution allows private gun ownership.

“The court ruled there is no private right to gun ownership,” Dahl said, an opinion later overturned by the U.S. Supreme Court. In a 5-4 vote in June, the Supreme Court declared for the first time that the Second Amendment to the Constitution guarantees the right of individual Americans to keep and bear arms. Gun ownership, the court declared, is an individual right and not one connected with military service.

“Whether we interpret something very broadly or very narrowly depends on what we think of the right being debated,” he said. It also depends, Dahl said, on whether the justices believe one or more rights are in conflict with one another.

He cited as an example the arrest of potential terrorist suspects, who claim their religion is a motivating factor in their desire to bomb American government buildings. What if a Holy War against the United States was their motive?

“Suppose that all the hijackers had been caught and put on trial,” Dahl said. “Suppose they had said they had a right to practice their religion?”

The courts, he added, could counter that freedom to practice one’s religion doesn’t trump laws protecting people from violence and bodily injury.

“How do you reconcile what seems to be a clear text, if your right to do something is in conflict with someone else’s?” Dahl asked. “How do you get past the written page? The courts have said you can practice your religion as you want, but freedom of religion gives you the right to belief – not to act.”

He cited the 8th Amendment to the U.S. Constitution, which bans cruel and unusual punishment.  How exactly are those terms defined?

“Is it the definition at the time it was written, or what we consider cruel and unusual punishment today?” Dahl asked.

Other members of Mensa seemed to agree there should be no set rule for how the law can be applied in any given case.

“The interpretation of practicing your religion is as long as you’re not hurting someone else,” said Nora Foust of Orlando. “People who read the Koran say there is no provision in it to justify what the terrorists did on 9-11.”

Another Mensan from Orlando, Maggie Truelove, added, “Just as our Constitution changes with the times, so the definition of cruel and unusual punishment should change with the times as well.”

Another example that Dahl cited: what if the Constitution leaves out crucial information?

“Articles 2 of the Constitution says the president of the United States is the commander and chief of the Army and Navy, but it says nothing about the Air Force,” Dahl said. “Well, there was no real Air Force in 1789.”

Another example: how does inflation impact on the law?

“The 7th Amendment provides that you have the right to a jury trial for any dispute of $20 or more,” Dahl said. But while $20 may have been a lot of money in 1789, it’s not much to quarrel over today.

“Should they have the right to take six people away from their busy lives, and a judge away for half a day, to deal with a $20 dispute?” he asked. “The practical problem is that sometimes laws are badly written. Sometimes laws are in conflict with one another. Some of the time if we like the right we’re talking about, we want a very broad jurisprudence and want the courts to put shackles on government officials who think otherwise.”

The bottom line, Dahl said, is that how laws are defined will likely continue to change and evolve – and then evolve some more.

“Language basically means what you can get over, around, under or through to get a desired result,” Dahl said.

Mensa has its own admissions exam, and Mensa International consists of more than 110,000 members in 50 national groups. The two largest are American Mensa, with more than 56,000 members, and British Mensa, with 23,500 members.

What keeps people in the organization?

“Mensa is a fun group of diverse people,” said Brian Reeves of Palm Beach. “The only thing they all have in common is the ability to take a test well. When Mensans get together — as many do several times a year — it is like a family get together. There are lots of laughter, good stories, interesting conversation … and even an weird uncle or two.”

“I’ve been a member of Mensa for 27 years, and I’ve met hundreds, if not thousands, of members over that time, from all over the world,” said Stacey Kirsch of Chicago. “I may not like every single member I meet, but I can say that I like many more than not. All of them are interesting in one way or another — some in many ways — and I have learned something from each and every person I’ve met in the organization.
”One thing that Mensa has that is rare these days is a sense of tolerance,” she added. “Most behavior or beliefs, no matter how bizarre or outré they would appear to normal society, are tolerated and sometimes even encouraged in Mensa. Most people in the group approach most situations and topics with a desire to learn more, and people can discuss things largely without becoming strident. In these days of the dueling talking heads on TV, it’s a refreshing change of pace to be in a group that promotes tolerance.”