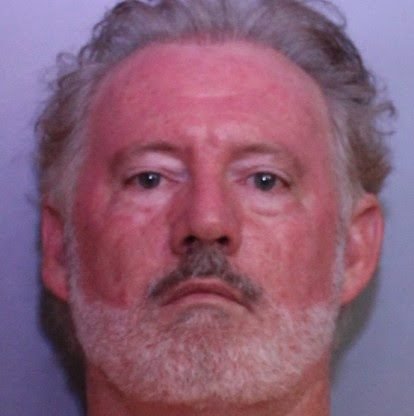 WINTER HAVEN — According to the Polk County Sheriff’s Office, James Royal Patrick Jr. was, like many other Americans, enraged by the fight over Supreme Court nominee Brett Kavanaugh, and like millions of others, took to social media to vent his frustrations.

The difference is that Patrick, 53, ended up in the Polk County Jail after his posts when a step further and, detectives said, included threats to kill public servants and law enforcement officers.

Patrick, of Winter Haven, is now facing one count of written threats to kill or injure, a felony, noted Carrie Horstman, public information officer for the Polk County Sheriff’s Office. He would later tell detectives that he posted the threats because he wanted to annoy liberals, the sheriff’s office said.

Patrick was arrested on Wednesday, Oct. 3 after Polk detectives got an email tip at 11 a.m. that a man named James Patrick was posting threatening remarks on his Facebook page.

His page, Horstman noted, is open to the public, and detectives checked and discovered that Patrick had made threats on Sept. 22, 24, and 29, expressing anger over how Democrats had handled President Donald Trump’s nomination of Kavanaugh to the Supreme Court.

“The threats were he was going to shoot members of Congress and their families depending on which way the Supreme Court justice confirmation vote went, and any local or federal law enforcement that responded to his home,” Horstman noted in her report. “He said, ‘I can tell it seems I will be sacrificing my life for my country. But I am ready and will know who needs to be killed after the vote to put Kavanaugh on the Supreme Court.’ ”

An investigation was launched, and detectives were able to secure an arrest warrant and search warrant. Patrick was taken into custody around 4 p.m. that day.

“Within five hours of receiving an email tip about the posts, our detectives investigated it, obtained an arrest warrant and search warrant, and took the suspect into custody without incident,” Judd said. “People need to calm down, and stop making threats of violence. We will not tolerate it. Anyone who threatens to kill a public officer or law enforcement officer will go to jail.”

What Did The Investigation Turn Up?

Horstman noted that Patrick made numerous threats in those three days.

That included the following statements:

“Just bought 12 boxes of hollow point 50 caliber bullets….have plenty of ammo for my sniper rifle and bought a suppressor. Have made sure all my arrangements have been made and care for my dogs because I will not be coming home. Have made extra precautions and added more supplies in the tunnel under my house in case local or federal law enforcement tries to stop me.”

Horstman noted that detectives found there were no tunnels under Patrick’s house.

“Getting ready if Kav is not confirmed….whoever I think is to blame may God have mercy on their soul.”

“Just cleaned out the gun shop where I get guns, ammo, and target practice. Bought all their 50 cal hollow points. I expect to be confronted and I will be ready to kill and ready to die.”

“I am about to accept an offer on my house just to get more money to fund my plan to kill Democrat office holders and their families. It is all I think about night and day. I even wake up in the middle of the night, most nights, thinking about it. Ultimately I will be killed but hopefully I will have killed many many liberal [sic] elected in Washington.”

“I can tell it seems I will be sacrificing my life for my country. But I am ready and will know who needs to be killed after the vote to put Kavanaugh on the Supreme Court. I believe democrats need to be afraid to do what they are doing right now and weak republicans that do not vote for him need to pay with their lives.”
“I can’t do this by myself! Need more conservatives going into liberals’ homes at night killing them in their sleep!”

In addition to making these comments, Horstman noted that Patrick’s Facebook page had photos of himself, and photos of guns and ammunition.

“He was taken into custody at his home around 4 p.m. without incident,” Horstman noted. “He admitted to posting the comments, and said he just wanted to annoy liberals by making ‘crazy statements.’ He said he had no intention of carrying out the threats, and he didn’t threaten a specific person by name so he “thought he could get away with it.”

Patrick is now in the Polk County Jail on a $500,000 bond. Horstman noted that his criminal history includes a prior arrest in 2009 for battery.

Patrick made the threats on the same day that FBI agents were conducting a background investigation into claims by Christine Blasey Ford that Kavanaugh had sexually assaulted her more than three decades ago.

Jewish Cinema: Polanski’s “The Tenant” is not the tale of a madman
Father of a teenage boy killed in a tragic accident roots for the movie made in his son’s honor.