Man Arrested For Burglaries During Funerals 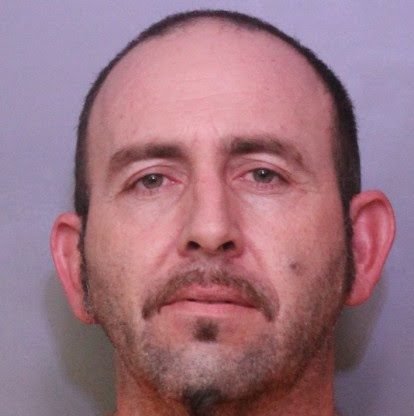 LAKE WALES — When a family attends a funeral and has to deal with the pain and grief of their loss, the last thing they expect is to get back home and discover their property has been robbed.

The Polk County Sheriff’s Office says deputies appear to have solved ten local burglary cases with the arrest of Ronald Rose, 42, who deputies say targeted homes either owned by someone who had recently passed away, or the relatives of a person who had just died.

“People who burglarize or steal are low,” Polk Sheriff Grady Judd noted, “so victimizing people during a time when they are grieving the loss of a loved one … that’s lower than low.”

What Criminal Charges Were Filed In This Case?

Rose is now in the Polk County Jail with no bond, and he faces multiple charges, including:

Brian Bruchey, public information officer for the Polk County Sheriff’s Office, noted that Rose got charged for ten burglaries that happened between Oct. 1, 2020 and Feb. 8 in the areas of Auburndale, Mulberry, Lakeland, and Haines City.

“Someone who is willing to take advantage of people at a time like this has no compassion or consideration, and is a true menace to society,” Judd added.

How Did Deputies Investigate This Case?

Bruchey noted that a detective had been investigating one of the burglaries, then noticed a trend: at least nine other burglaries had occurred while the victims were attending a funeral that had been publicly noted in local obituaries.

“Other similarities were that the burglaries occurred during the daytime, and the primary target for theft included jewelry, watches, silver, coins, and firearms,” Bruchey noted in his report.

Detectives would eventually zero in on Rose, who was arrested on Monday. Bruchey noted that Rose confessed to committing one of the Auburndale burglaries, and a key piece of evidence used against him was a 2020 Kia Optima, a rental car that he used during a recent burglary in Auburndale.

The Kia was searched, and “property of evidentiary value was found within it that led to a search warrant being obtained for Rose’s home,” Bruchey noted. “Detectives went to Rose’s home on Carver Street in Lake Wales and found a gray Cadillac CTS there which is registered to Rose. That Cadillac matched the vehicle description given by witnesses on a few of the burglaries.”

Detectives also found stolen property at Rose’s home that they traced back to those ten burglary cases.

Bruchey indicated that detectives believe there may be even more victims out there.

“Because some of the property that was found in Rose’s home has not been reported stolen by the ten known burglary victims, detectives believe there are potentially more victims, possibly in other counties and jurisdictions,” he noted. “Detectives are reaching out to other agencies to share their findings.”

The investigation is ongoing, and if anyone believes they may have been victimized by one of these burglaries or that the home of a deceased relative, friend or loved-one has been burglarized, they should contact the Polk County Sheriff’s Office at 863-298-6200.

Rose has a criminal record that includes 6 felony charges and 15 misdemeanor charges, including arrests for: