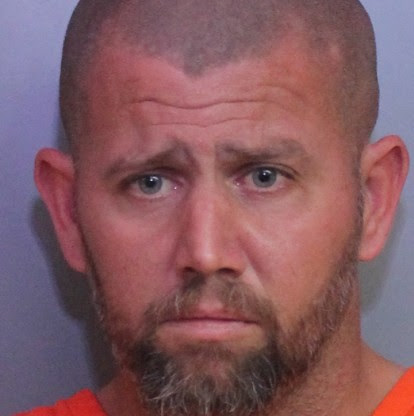 LAKELAND — A Lakeland man that the Polk County sheriff calls a “classic sexual predator” is now facing charges for convincing a 16-year-old girl to have sex with him after meeting her online. The suspect is an employee of the City of Lakeland.

Sherrie Morgan, public information officer for the Polk County Sheriff’s Office, noted that detectives arrested 36-year-old John Waldau of Lakeland on Dec. 31, charging him with having sex with a minor, “whom he groomed on-line through sexually explicit communication,” she noted in the news release.

Waldau is a public employee and has worked for the City of Lakeland’s Public Works Department for 18 years.

Polk County Sheriff Grady Judd called this a disturbing case of child exploitation, and added, “Waldau is a classic sexual predator who cultivates a relationship with a child on line and then turns that relationship into a sexually explicit one. He knowingly and cunningly took advantage of this girl.”

Judd said he hopes this case motivates parents to more carefully watch what their child do online, to prevent similar incidents in the future.

“We encourage parents to actively monitor their children’s online activities so they can help protect their children from predators like Waldau,” Judd said.

What Led Detectives To Arrest Waldau?

This case started after Polk detectives got two tips that had been passed on to them by the National Center for Missing and Exploited Children. They involved instances of three sexually explicit images of a girl, believed to be underage, that had been transmitted on a Facebook private message. Polk detectives launched an investigation.

“Through investigative means, detectives were able to identify John Waldau of Lakeland as having possession of the sexually explicit photos,” Morgan noted in her release. “Detectives learned that Waldau began an online relationship with the minor whom he had known through another relationship with an adult.”

Detectives say the suspect “cultivated and transitioned the online relationship into a sexually explicit one,” Morgan noted, and was able to convince the girl to have sex with him at least three times.

He also sent “multiple nude images of himself” to the girl, and asked her to do the same. The girl did send sexually explicit images of herself, the arrest report notes.

On Dec. 31, detectives interviewed the 16-year-old victim, who admitted that she and Waldau had been sexually active over the summer. She also admitted to exchanging sexually explicit photos with Waldau.

Later that day, detectives contacted Waldau at his home in Lakeland.

“Mr. Waldau admitted that he and the 16-year-old victim had engaged in sexual intercourse three times, all at his residence, without a condom, which he further said he knew was wrong,” Morgan noted. “Mr. Waldau stated the victim would sneak out to see him, without the knowledge of others, late at night or would tell others that she was going to a friend’s house. Mr. Waldau also said he and the victim did exchange nude photographs/videos over Facebook Messenger and he knew it was wrong but couldn’t stop himself.”

Waldau was arrested on the last day of 2018 and charged with the following:

* One count of engaging in sexual activity with a victim aged 16 or 17, a felony;

* Two counts of transmitting material that’s harmful to a minor, also a felony;

* One count of unlawful use of a 2-way communication device;

* And one count of traveling to meet after using a computer to lure a child.