Kristallnacht Remembrance Being Held in Orlando

MAITLAND — The Holocaust Memorial Resource and Education Center in Maitland will hold a special remembrance ceremony on Sunday, Nov. 13 to commemorate Kristallnacht, the horrific November pogrom organized by the Nazis.

The program was postponed from Wednesday due to concerns about Tropical Storm Nicole’s impact on Central Florida. Sunday’s program will be 3-4:30 p.m. inside the auditorium at 851 N. Maitland Ave.

” We hope you can still attend this special and important event,” the Holocaust Center noted in a news release about the postponement. 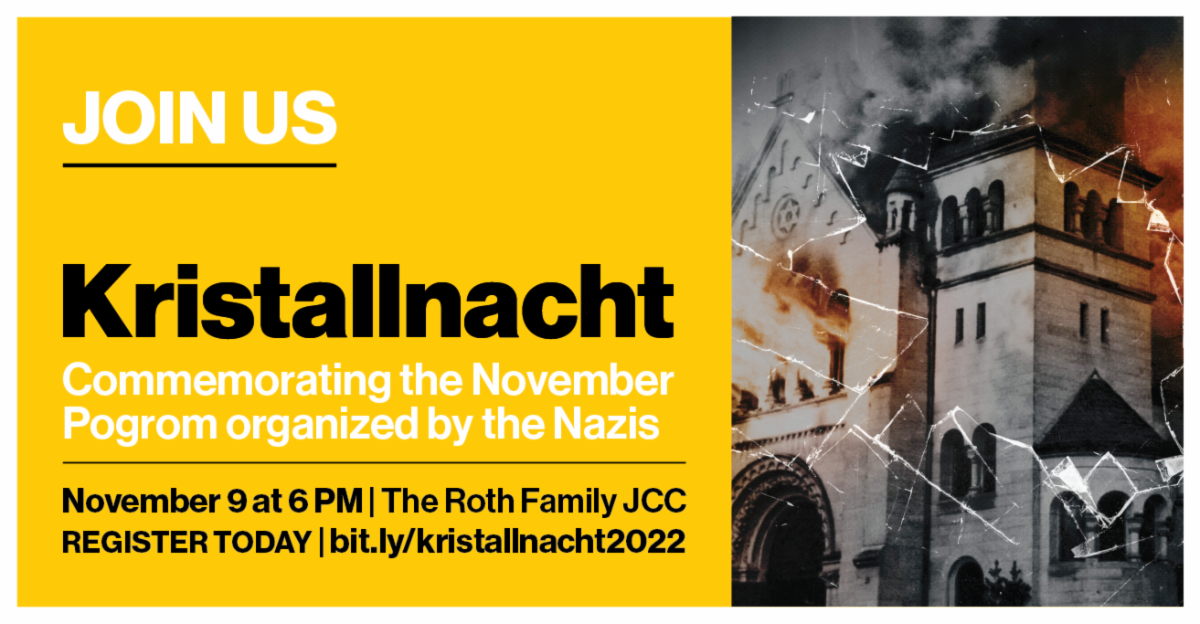 “Gather with us to observe Kristallnacht (The Night of Broken Glass) also called the November Pogrom which marks the intensification of a regime of terror against the Jews of the Third Reich,” the Holocaust Center notes on its website. “The event will include commemorative songs and prayers followed by a survivor panel of local Holocaust survivors moderated by new CEO, Talli Dippold. In addition, there will be a communal art project.”

On Nov. 9–10 1938, the Nazi Party launched an appalling pogrom against the Jewish population in Germany, as rioters were encouraged to destroy hundreds of synagogues and Jewish businesses across Germany and Austria. Synagogues burned throughout the night as local firefighters received orders not to intervene unless the flames spread to nearby, non-Jewish buildings. Hitler Youth members shattered the windows of more than 7,500 Jewish-owned businesses and looted many of them, then desecrated Jewish cemeteries. 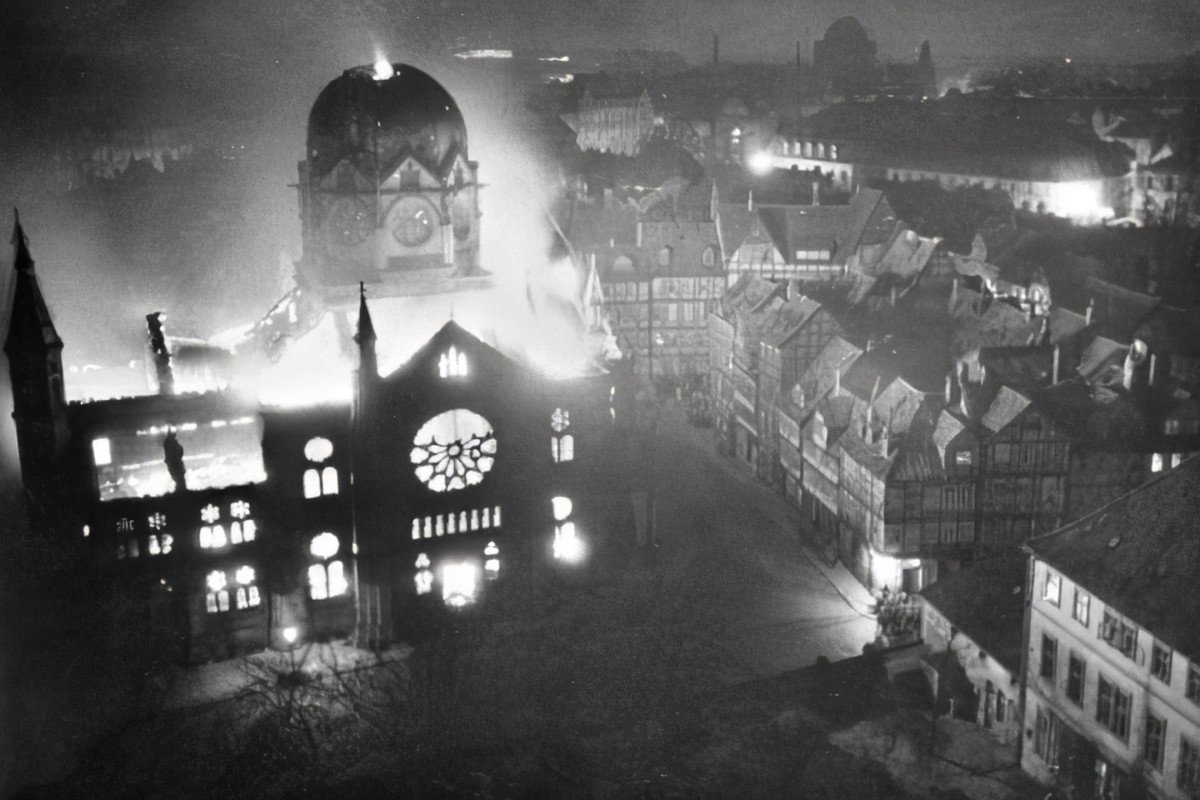 It became known as Kristallnacht which translates into The Night of Broken Glass because there was shattered glass littering the streets from this vandalism.

As the Holocaust Center noted, acts of anti-Jewish hatred continue today, most recently in Jacksonville last weekend when antisemitic messages were put up around the city, with an electronic antisemitic message posted on the TIAA Bank Field’s videoboard at the end of the Georgia-Florida game on Oct. 29, with the message “Kanye was right about the jews.” That was a reference to Ye, the artist previously known as Kanye West, who had posted hate speech attacking Jews on social media earlier in the week.

In response, on Nov. 1, Dippold and Monte Starr, president of the Holocaust Center’s Board of Directors, issued a statement condemning the Jacksonville incident.

“We will continue to speak out against hate speech– such as this past weekend’s public display of antisemitic hate in Jacksonville– because it has no place in Florida, or anywhere,” they noted in the statement. “During such times, we must stand united against hatred and call upon organizations, elected and community leaders, and community members to speak out against these damaging acts.

“Over the past week, Jacksonville became an epicenter of hate, first with signs surfacing on an I-10 overpass in western Duval County, followed by acts of antisemitism hate speech circulating online from the Florida-Georgia game, and antisemitic messages projected onto the exit of TIAA Bank Field. These acts follow Ye, formerly known as Kanye West, making antisemitic remarks blaming ‘Jewish media’ and ‘Jewish Zionists’ – both of which are stereotypical tropes found throughout centuries of anti-Jewish hate. Conspiracy myths such as these have no basis in reality. Furthermore, derogatory attacks about any group have no place in our democracy. We remain committed to building a just and caring society, free of antisemitism and all forms of prejudice and bigotry.”

With the holidays now approaching, it’s worth looking back at how the Nazis wanted Christmas to be “celebrated” after Kristallnacht.

What Happened on the Christmas After Kristallnacht?

In the month after Kristallnacht in 1938, history records that the Nazis wanted the Christmas holiday to conform to their twisted ideology.

There was even a ‘holiday’ song, ‘Exalted Night,’ created as a replacement for the more traditional ‘Silent Night.’ Written by a Nazi songwriter, it was designed to use the holidays to build public support for Hitler.

The Nazis viewed Christmas with a great deal of negativity and suspicion, since Jesus was a Jew and hatred of Jews was at the core of Nazi ideology. In a devoutly Christian nation where Christmas traditions like Christmas trees and Christmas markets were celebrated, the Nazis began putting their own party leaders and imagery into nativity scenes — as horrific a distortion of what Christmas is about.

Stomach-turning examples abound. They created Advent calendars for children filled with Nazi propaganda, and mothers were encouraged to bake Christmas cookies shaped like swastikas. The Christmas tree was changed, with the star on top replaced with a swastika. Store catalogs sold children’s toys that included chocolate SS soldiers and toy machine guns.

Every effort was made to take the ‘Christ’ out of Christmas. Instead, the people were celebrating and honoring Hitler, not Jesus. Far from being a warm and fuzzy holiday, the Nazi Christmas reinforced the concept of Nazi dominance as a propaganda opportunity, a time of year when a nationalist agenda got vigorously promoted.

And on that night, the event marked a ceremony for 300 Holocaust survivors, sponsored by the Conference of Jewish Material Claims Against Germany.

It’s worth noting that “Exalted Night” was banned as Nazi propaganda in 1945.

Where is the Kristallnacht Commemoration Being Held?

The Holocaust Memorial Resource & Education Center is at 851 N. Maitland Ave. in Maitland, part of the Jewish Community Center. Visit them on Sunday from 3-4:30 p.m. for this remembrance event, which the Holocaust Center holds every Nov. 9 on the anniversary of Kristallnacht.