Klondike Kate Offers a True Gold Rush of a Cabaret 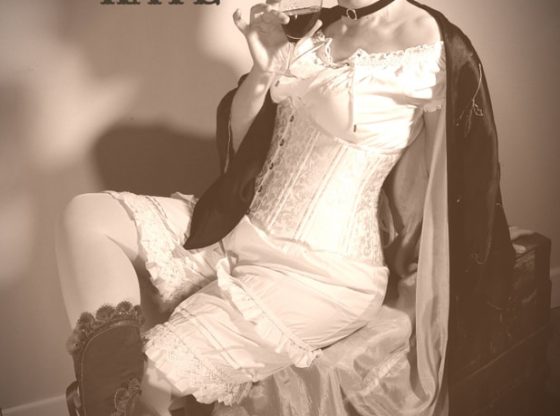 ORLANDO — The year is 1931, and if you’re too young to remember what life was like back then, fear not: Klondike Kate is happy to paint a vivid picture for you. A cabaret singer, Kate is all too eager to take us back to an even earlier time, circa 1898.

That was when the Klondike Gold Rush launched a migration of more than 100,000 prospectors to the Klondike region of the Yukon in north-western Canada. The old saying “There’s gold in them there hills” didn’t become a catchphrase for nothing, and after gold was discovered by local miners and news spread to Seattle and San Francisco, it triggered a stampede of prospectors.

This moment in history has been immortalized in stories like Jack London’s Call of The Wild, but it’s Klondike Kate who can tell you what it was like to hike through Alaskan wilderness in search of gold. Not that she was a prospector: Canadian Mounties wouldn’t let women into the Klondike, so she needed a plan B.

Fortunately, Kate Rockwell is a singer and entertainer, and manages to become popularly known as “Klondike Kate,” a vaudeville act that becomes popular with the local “sourdoughs,” or prospectors. Granted, Kate had to disguise herself in men’s clothes and swim across the Dawson River to get there, but she sure did know how to make a name for herself.

One of the pleasures of watching Klondike Kate’s Sourdough Reunion Show, about Klondike Kate’s revival cabaret in the early 1930s, is in the way it incorporates the history of a long forgotten era with some fun observations about what headstrong, independent and shrewd women did in the days when it was still considered a man’s world.

What Is Klondike Kate All About?

Klondike Kate’s Sourdough Reunion Show, now being performed at the Orlando International Fringe Theatre Festival, is from a production company called Bike Circus Productions of Toronto. This is a one-woman show by the very capable actress Donna Kay Yarborough, who reminded me a bit of Carol Burnett. She sings vaudeville ditties from the Gold Rush era (reminding us that songwriters of that decade had a talent for toe-tapping tunes), while telling stories about how she made it to the Klondike — manly attire and all.

Written by Natalie Frijia, this is a thoroughly enjoyable cabaret that expertly mixes songs and history around a character who is smart, doesn’t get easily discouraged, and isn’t the type to take guff from anybody.

This production is particularly clever since by 1931, Kate’s show was already an old nostalgia piece. She certainly has some fun adventures to describe; one of the best is how her mother decided to send her as a teen to a convent in Chile, until mom ran out of money and asked the nuns to send her back home. Poor Kate simply got the clothes on her back and a shove out the door. The story of how she made it back to New York is worth the price of admission.

Yarborough gives every hint of having a grand old time playing Kate, and she devotes a good amount of time to interacting with the audience, which was also a hit during Sunday’s performance. The combination of fine writing, well chosen songs and Yarborough’s delightful performance make this a Fringe show you definitely don’t want to miss.

Klondike Kate’s Sourdough Reunion Show is being performed in the Red Venue at Orlando Fringe, and the show runs for 60 minutes. Upcoming performances are on: