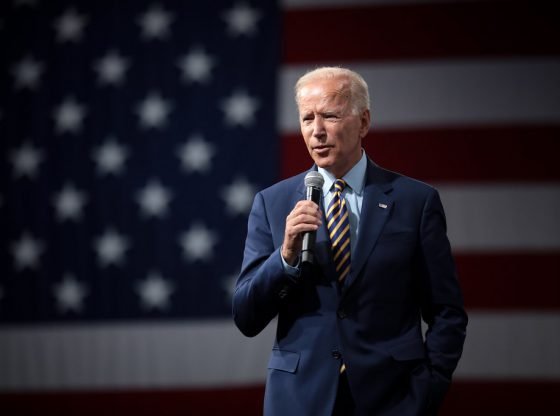 ORLANDO — Democrat Joe Biden has opened up a wide lead over President Trump in Florida, one of the nation’s top battleground states, as the approval rating for Gov. Ron DeSantis plummets over his handling of the coronavirus pandemic, a new Quinnipiac poll indicates.

According to the Quinnipiac numbers, Florida voters favor Biden over Trump by a 51-38% margin, one of the widest gaps between the two candidates all year. As Quinnipiac noted, in their most recent poll, taken April 22, Biden was favored more narrowly among Floridians, 46% to Trump’s 42%.

Now, the pollsters suggest, Trump may be increasingly hard pressed to duplicate that victory in November. As Quinnipiac University Polling Analyst Tim Malloy noted, “The president doesn’t escape the shifting moods and concerns of voters in Florida. His sagging numbers are a gut punch from one of the key states he keenly hopes to win.”

Florida is also the president’s adopted home state. In November 2019, Trump announced that he was changing his residency from New York to Mar-a-Lago in Palm Beach.

Why Is Biden’s Florida Lead Improving?

The poll indicates that Biden is leading Trump among Florida Democrats by a near-unanimous 89-2% margin, while he’s favored by independents 48-32% – a much wider margin than the 44-37 lead Biden showed among them in April. Trump continues to have overwhelming support from Florida Republicans by an 88-10% margin.

But the recent surge in coronavirus cases in Florida, with more than 10,000 new cases a day and the state now being called the epicenter of the COVID-19 outbreak, has caused Floridians to give both DeSantis and Trump failing grades for their handling of this health crisis.

The poll found that:

DeSantis now has a negative job approval for his handling of the coronavirus pandemic, with 38% approving and 57% disapproving. That’s a big drop from April, when 50% approved of how DeSantis was handling the coronavirus situation and  41% disapproved.

President Trump’s job numbers in Florida are also underwater. Just 37 % of Floridians approve of how the president has handled the coronavirus pandemic, while 59% disapprove — a drop from a 46% approval/51% disapproval rate in April.

The voters also told Quinnipiac that by a 79-20% margin, they think all Florida residents should be required to wear face masks in public, with overwhelming support for that among all ages and every demographic group. DeSantis has refused to issue a mandatory face mask order statewide. DeSantis now has his lowest job approval rating since he first took over in January 2019, with a negative 41-52% job approval. That’s a 31-point drop since April.

“Just a few months ago, Florida was a safe harbor for COVID refugees from up North. Now, it registers a startling number of infections and the numbers say the buck stops at Governor DeSantis’ desk in Tallahassee,” Malloy said.

President Trump is even less popular in Florida, with a negative 40-58% job approval in his adopted state.

How Has Florida Historically Voted?

Florida has a fairly solid track record of voting for the winning candidate in presidential elections. Since the end of World War II, Florida has backed the losing presidential candidate only twice — voting for Richard Nixon over John F. Kennedy in 1960, and voting for President George H.W. Bush over Democrat Bill Clinton in 1992.

Otherwise, Florida has been swinging back and forth between the two parties for decades: voting for Democrat Jimmy Carter in 1976, Republicans Ronald Reagan and Bush from 1980 to 1992, then backing Clinton in 1996, Republican George W. Bush in 2000 and 2004, and Democrat Barack Obama in 2008 and 2012.

Trump flipped the state back to Republicans in 2016, and now it remains to be seen if Biden can do the same for Democrats in November.

To learn more about the Quinnipiac poll, visit their site.