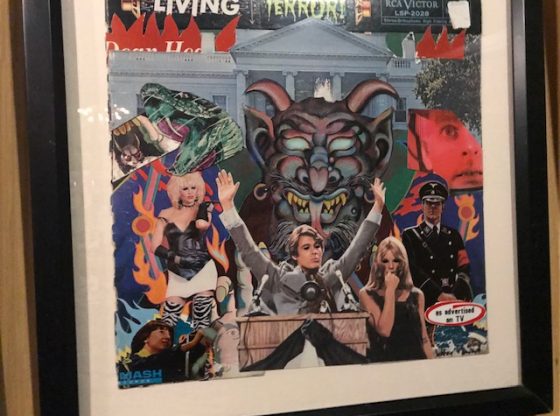 ORLANDO — The neighborhood pub serves a lot of purposes, from being a gathering place for friends, an opportunity to meet new people when you’re feeling lonely, or a place to quietly get away and have some drinks while nursing whatever emotional wounds you’re going through.

Lil Indie’s, the pub at 1036 N. Mills Ave. in Orlando’s Mills 50 neighborhood, serves exactly that role for people in the area. Connected to the popular Will’s Pub, the three rooms inside Lil Indie’s offer a unique contrast.

When you first walk in, you have a room with several couches where you can relax and enjoy their handcrafted cocktails, craft beer, and wines. On the wall, there’s eclectic paintings that range from kittens to the pop culture clown Ronald McDonald.

Then there’s the cozy bar, where patrons gather on the stools to chat with the bartender, and the middle room linking the two, a spacious lounge that has several tables …. and walls that are sometimes bare, but more often, not.

And right now, the walls of that lounge are not empty, but instead have transformed into an art gallery, showcasing the works of artist Jeffrey Howard.

What Are The Works of Jeffrey Howard? 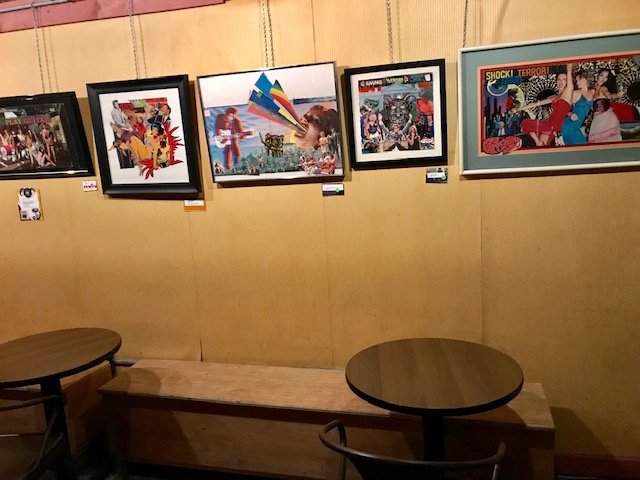 “The walls of Lil Indie’s are proud to display the collages of Jeffrey Howard,” the pub noted in a community announcement about the exhibit. “Collages are intricate and time consuming and Jeffrey has a bunch of them to look at. The walls will be filled with these unique pieces.”

A Central Florida musician and artist, Howard studied design at Valencia College and art history at the University of Central Florida, and he freely admits that he has a major influence: Howard loves buying records and seeing bands perform, and he admires the art of vinyl covers.

In fact, his works are collages that reflect pop culture themes, taken entirely from vinyl record covers, some in the field of rock ‘n roll, and some on movie soundtracks. 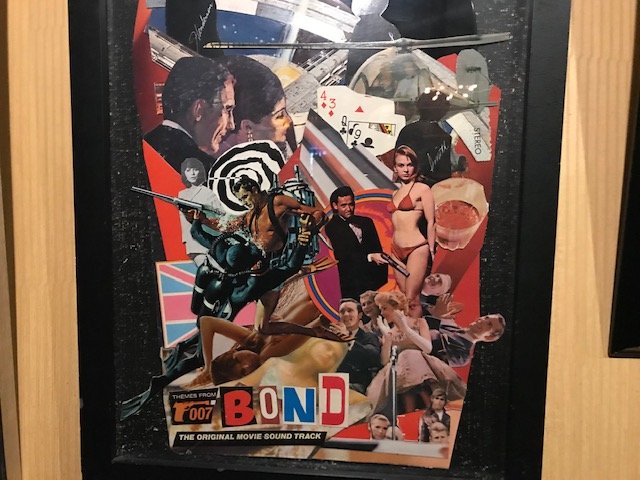 His works are completely made out of vinyl record cover cutouts. One of them, “Themes From 007 Bond” (2016), put together cutouts from the soundtracks to numerous James Bond films. Howard has noted that his works are inspired by the unique music and record cover artwork from the past decades, covering different generations of both cinema and music.

Where Can I Learn More? 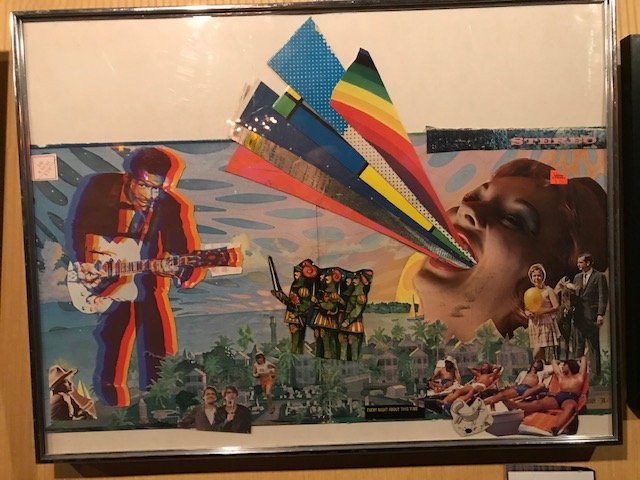 As for Lil Indie’s, they’re open from 4 p.m. to 2 a.m., with a Happy Hour until 8 p.m. Lil Indie’s is also a smoke-free, 21 and up cocktail bar with a constantly changing drink menu.

“Come on out and support your local artists and art-friendly establishments,” Lil Indie’s notes.

Roman Polanski’s Based On A True Story is a Dark, Expert Thriller
Winter Park Playhouse’s Florida Festival of New Musicals Selects its Shows