It’s all about building healthy relationships at Blissful Lotus.

Home /After Dark/It’s all about building healthy relationships at Blissful Lotus.
After Dark |

ORLANDO – Stacey Murphy gets a lot of people who sign up for her classes, particularly women, and “a lot of our clients, they’re professional, educated people.”

But Murphy still knows that when a few of them start the class, there’s always going to be that initial giggle factor.

“I say, ‘Ladies, this is a participatory class, you didn’t come here to look at me, you came to learn a technique,’ “ Murphy said. “And some of the women are giggling.”

On the other hand, for some of the couples who show up, her class turns out to be a major revelation.

“We have a lot of men who come in with their girlfriend, and by the end they say, ‘Girl, I’m seeing you in a whole new light,’ “ Murphy said.

That doesn’t surprise Murphy, who with her husband Sean Ramsay runs Blissful Lotus, a boutique on Orange Avenue that puts an emphasis on romance – specificially, by selling products from linqerie to oils, books to artwork, designed to help couples discover what works for them romantically, and what makes them tick.

At the same time, the boutique – which celebrated its one year anniversary in October – also hosts classes for couples and individuals that run every Tuesday through Thursday from 7-9 p.m. The educational component of the business is “huge,” Murphy said, since the classes are designed to teach couples and individuals about healthy ways of embracing their sexuality.

“What makes it positive is we try to teach men and women about authentic and empowered sensuality,” Murphy said. “It’s all about teaching people to embrace themselves and their sexuality. We have a school for loving arts.”

It’s also, Ramsay said, a way to get people to talk and think about a subject that people often are uncomfortable confronting: their sexual feelings. In a sense, he said, it becomes about strengthening relationships by teaching people how to be more open about feelings and desires.

“It’s okay to talk about this,” he said. “We’re letting the guys know it’s okay to be in touch with this stuff. It’s about relationships, and the experience of creating an intimate relationship.”

Both of the store owners have backgrounds in other fields – Murphy has worked for years in corporate marketing, while Ramsay has a background in retail.

“My husband and I got into it initially because I wanted to take Tantra yoga lessons,” Murphy said. But she needed a way to pay for the lessons.

“I actually came across selling romance enhancement products to help pay for the Tanta lessons,” she said. “I started selling this at home.”

She quickly discovered that women calling for information about these products had a lot of questions – far more than Murphy initially expected.

“Many of the women were hungry for information, and I was able to sell the products by giving them information as well, on how to get in touch with their sensuality,” she said.  “That’s when I came across this concept.”

Romance boutiques, she said, are easy to find in big cities like Chicago and Los Angeles, but the concept was unheard of in Florida until last October, when a similar boutique opened in Miami. Murphy and Ramsay opened their shop at 1810 N. Orange Ave. at the same time, and it turned out to be the perfect location, she said. It’s a neighborhood that includes the Rock N Roll Heaven used record store, the White Wolf Cafe, Theatre Downtown, and the Savoy gay nightclub.

“This area is just very eclectic, very down to Earth, and they seem more receptive to this concept,” she said.

“We worked with the city for about a year to get a clear and defining line about what we can and can’t do,” she said. “We were very open about it, saying “This is what we want to do,’ so the city worked with us. Other parts of the area wouldn’t work – we wouldn’t be going to Winter Park. But we find that we’re bringing a resource here.”

It’s also important to keep in mind, Murphy noted, that her boutique is not the same thing as a store selling pornography.

What’s more challenging for them is dealing with the fact that sex remains one of those subjects that everyone wants to hear about, but at the same time it makes so many people very uncomfortable.

“We have a very schizophrenic view of sex,” Murphy said. “We use it to sell everything, but we don’t want to talk about it.”

Sex is so popular, though, that the subject matter saturates the media, she noted. Murphy said she got a laugh recently when she saw a television commercial about pest control.

“They were using sex to sell it – ‘The roaches are doing it,’ “ she laughed. “We try to give this subject a different face – something very educated.”

The key to making it work, she added, is to help people walking through the door feel comfortable talking about their feelings and desires.

“The biggest feedback I get is because we’re very relaxed, it makes people comfortable with us,” she said. “You’ll have a woman that says, ‘You know what I’m talking about, his … his …’ And we say, ‘We know what you’re talking about – his Love Wand.’ And they say ‘Yeah,’ and that helps make people feel comfortable.”

Murphy said Blissful Lotus shouldn’t be confused with a medical office that deals with physical issues requiring medication or surgery, and it isn’t a sex club, either.

“In our society, we’re either too clinical or too crass,” she said. “We try to bridge it in the middle.”

To learn more, call Blissful Lotus at 407-704-3357, email blissfullotus@gmail.com or log on to www.TheBlissfulLotus.blogspot.com. 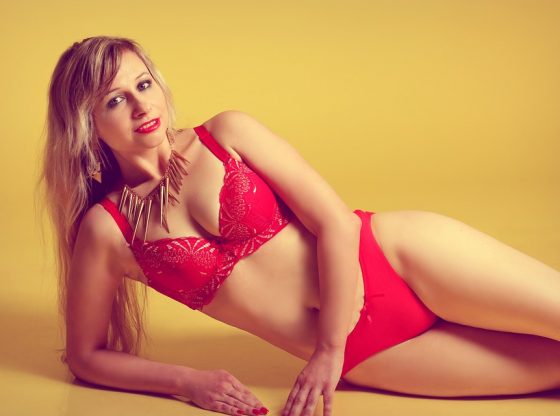