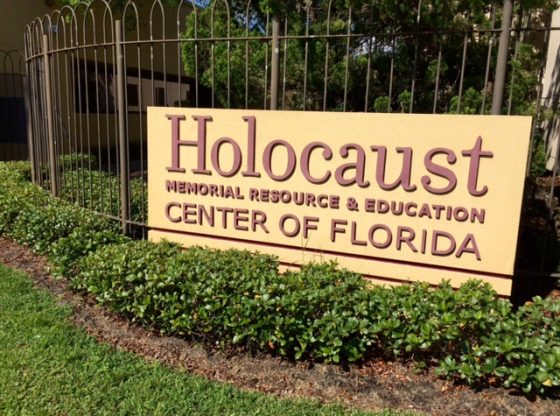 MAITLAND — The Holocaust Memorial Resource & Education Center, founded in part to fight anti-semitic violence and hate, is condemning the devastating anti-Semitic massacre of 11 people at a synagogue in Pittsburgh.

The Holocaust Center shared their response to the “horrific act of hatred” on Saturday, an attack that has been called a “bloodbath.”

On Saturday, the nation watched in horror at the news coverage of the devastating and appalling assault at the Tree of Life Synagogue, after a gunman had stormed the house of worship in Pittsburgh, killing at least 11 of its members and injuring many more. During the rampage, police reported that the suspect, Robert D. Bowers, 46, had shouted “All Jews must die.”

It was the single worst attack of anti-Semitic violence on American Jews in the nation’s history.

Bowers was arrested and charged with 29 counts of federal crimes of violence.

What Was The Response From The Holocaust Center?

The Holocaust Memorial Resource and Education Center, which was built in 1986 and often hosts students from local schools to learn more about the Holocaust, sent out an email on Saturday evening urging the Greater Orlando community to stand up to hatred and violence, and rally together at this painful time.

“The Holocaust Memorial Resource and Education Center of Florida condemns the hateful act of violence at the Tree of Life synagogue this morning and sends its heartfelt sympathies to the victims, the families and the entire Pittsburgh community,” the Center noted in the email.

Law enforcement would report that Bowers had charged into the synagogue’s Saturday 9:45 a.m. service with an AR-15-style assault rifle and three handguns. The synagogue did not have armed security guards, and witnesses told police that Bowers had shouted anti-Semitic statements before he started firing.

Four police officers were shot while responding to the scene, and were listed in stable condition late Saturday.

As the Holocaust Center noted, “The Federal Government has labeled this a hate crime because the alleged perpetrator was heard yelling ‘All Jews must die!’ prior to and after the shootings. The Holocaust Center is calling upon our community to stand up to this and all forms of hate. Let’s pull together as a strong community to teach our children empathy; help them understand moral leadership; and that all people deserve dignity and respect.

“Please join us in sending our prayers to the Tree of Life family,” the email concluded.

Have Anti-Semitic Cases Been Reported in Florida?

Anti-Semitic attacks have been widely reported across Florida in recent years. In 2017, the Jewish advocacy group The Anti-Defamation League reported there had been 137 anti-Semitic incidents in Florida in 2016, a 50 percent increase from 2015.

In the first three months of 2017, the League reported an additional 541 anti-Semitic incidents. That included:

The Roth Family Jewish Community Center of Greater Orlando in Maitland, which houses the Holocaust Center, got 17 bomb threats in those three months.

Reminders of the Pulse Massacre

The case of a lone gunman targeting a specific building with a semi-automatic assault weapon is similar to another horrific case, and one that became the worst attack in Orlando’s history. That was on June 12, 2016, when Omar Mateen, a 29-year-old security guard, went into the gay nightclub Pulse and killed 49 people and wounded 53 others.

Orlando Police Department officers shot and killed him after a three-hour standoff.

On that night, Pulse had been hosting a “Latin Night” and most of the victims were gay, Latino, or both. It was the deadliest incident of violence against LGBT people in American history.