From colorful Poinsettias to plenty of mulch, Landscape Nursery Inc. does it all.

Home /Business/Finance/From colorful Poinsettias to plenty of mulch, Landscape Nursery Inc. does it all. 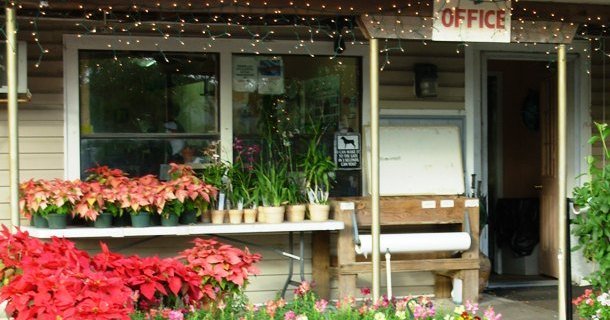 ORLANDO – Like a lot of people who love flowers, Gail Hess is always concerned when a major cold spell is coming on.

Even one night can do a lot of damage to her plants, she noted.

“It can happen in one evening,” Hess said.  “It has to be freezing.  A frost doesn’t normally kill them.  A hard freeze does.”

That’s why Hess takes extra care to be sure her plants stay warm on those rare nights when Florida temperatures drop below 32 degrees. But she has a more challenging task than a lot of others, since her garden covers 26 acres.

“It takes a while for you to notice your plants are dead,” Hess said.  “I’d cut them back, but I’d wait until the cold is over.  I would just leave them alone for now.  There’s a lot of plant material that will come back, and people don’t realize that, that they just have to wait.”

Hess has had quite a while to learn about what plants need to grow and thrive. Since 1983, she’s operated Landscape Nursery Inc., located at 1955 S. Apopka-Vineland Road in Orlando. Right now, not surprisingly, her front office is covered with poinsettias – but with Christmas just days away, they’re selling fast.

“We’re almost out of poinsettias,” she said. “Our tables were filled with poinsettias. Now they’re mostly sold out.”

That may have been because of the huge sign under one of her tents – “Open to the Public – Poinsettias are Ready,” inviting customers to check out the row after row, table after table, of red, white and pink poinsettias.  A lot of the tables and rows, though, are bare now.

“We have sold a ton of the big ones,” Hess said.  “People like to put them on their front porch.”

Poinsettias also make a great plant for your own garden, as they turn from red to green after the holidays, Hess said.

“You can plant them in your yard and they will come back year after year,” she said.  “Just remember they need darkness at night, a spot where there is no light whatsoever in the evening.”

Her employees – 20 altogether – have stayed busy protecting their plants from the cold spell that arrived on Sunday, Dec. 12, and has brought overnight freezing temperatures to a region more used to 80 degrees in December.

“The cold creates problems for everybody,” she said.  “We have employees who come in and we have to make sure the plastic (covering the tents) is secured. And we have some heaters and fans that we use.”

Hess knows a thing or two about cold winters. She moved to Orlando in 1979 from Wisconsin, although it wasn’t the promise of tropical winters that brought her here. Instead, she was in search of a better business climate.

“The corporate taxes in Wisconsin were the highest in the union,” she said.

Hess has done well over the years operating a nursery in a state where growth has meant a lot of new residential and commercial construction work, and with it the need for landscaping projects to beautify the new properties.

“We sell all over the state, so we deliver all over the state,’ she said.  “We employ our own drivers and have a couple of mechanics, and we try to be a one stop shop for landscapers.  We grow our own plant material – a lot of others don’t. Most everything we sell is grown here. We buy in some trees and different items. We do the mulches and rocks and compost soil.”

It helps that landscaping is regulated in Orange County through so-called Arbor laws – designed to prevent a builder from abandoning a landscaping project once it’s been started.

Landscape Nursery did quite well when the residential housing construction boom was underway, but even with the collapse of the housing market, Hess said a lot of homeowners still hire landscaping firms and private landscaping contractors to create a beautiful yard for them – and those landscapers need the materials for the job.

“We don’t do the actual landscaping work, but we sell to the landscapers,” she said.

What exactly is Plato’s Cave? That’s open to discussion
Spoken Word poetry is alive and well in Orlando