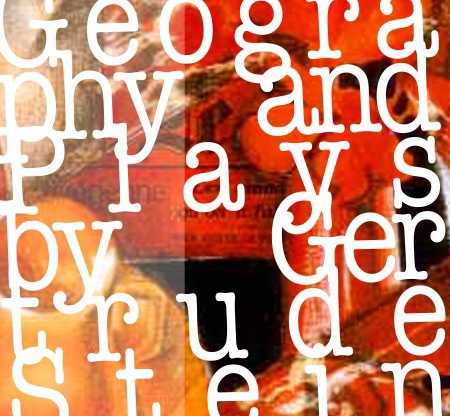 ORLANDO — Gertrude Stein was born in 1874 and raised in Oakland, California, then moved to Paris in 1903, making France her home for the rest of her life, where she hosted a Paris salon and became a leading figure in literature.

Her stream-of-consciousness writings — “Out of kindness comes redness and out of rudeness comes rapid same question, out of an eye comes research, out of selection comes painful cattle” is an example — were intended, she once noted, to evoke “the excitingness of pure being.”

For those who still love reading Stein’s writings, and those unfamiliar with her work, the production now at the Orlando International Fringe Theatre Festival called Geography And Plays explores her writings, taking three of her short stories and staging them in a creative and often highly imaginative manner. Stein’s own experimental writings actually lend themselves beautifully to theater, and it’s a credit to the playwright and director Joseph Lark-Riley that he came up with the idea for this show.

What Is Geography And Plays All About?

In Geography and Plays, Lark-Riley explores stories from Stein’s 1922 avant garde collection of portraits and plays. While Lark-Riley noted that the book Geography and Plays is considered one of Stein’s more ‘difficult’ works, showing no interest in clear narratives or conventional characters, the nameless women who illustrate her work on stage do a superb job of carrying the audience through her ideas and concepts.

On a mostly bare stage, the five actresses bring us three pieces from Stein’s book. The first one, “Miss Furr and Miss Skeene,” comes the closest to offering a traditional plot, telling of the love between two women that Stein knew in Paris, who decide to live together and discover happiness in the 1920s — long before the gay rights movement would be anything but an underground one. In fact, this piece is unique in that it repeatedly uses the word “gay,” although with a double meaning: the traditional use meaning happy, and also one of the earliest uses of the word to suggest homosexuality. The love we see is pure, with no apologies being made to a more socially conservative society. This one is beautifully done.

The other two pieces, ‘Susie Asado,’ about a flamenco dancer, and ‘White Wines,’ about the desire to break free from mundane routines, have neither conventional plots nor characters, but instead ingeniously stages mood, attitude and exhilaration through spoken words and the talented performances by the actresses. The last piece in particular, when the actresses begin to dance and bring members of the audience on stage to join them, and end by lying on the floor, blowing up balloons so they can watch them sail away, is captivating.

The performances by Alexandria Litras, Cathy Moubray, Kari Ryan, Amanda Smith, and Marcia Nicole Smith are uniformly good, and this is a fascinating work that asks the audiences to remain sharp and closely follow the words, to get hypnotized and intoxicated by them, and to join into the emotional rebellion. Geography and Plays has one performance left on Saturday, and I highly recommend you see it.

Geography and Plays will have its final performance in the Brown Venue on Saturday at 4:45 p.m.