Fringe Preview: Chris Turner Bringing His Freestyle Rap to Orlando Fringe in May 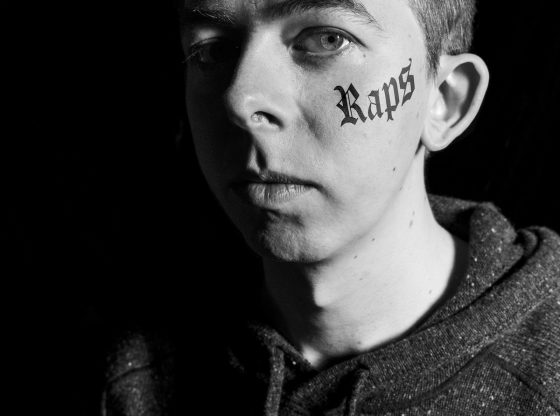 ORLANDO — Now, ask yourself this: Can a nice British lad from Oxford University become a successful rapper?

Yes, as it turns out. And if you don’t believe us, find out for yourself when Chris Turner returns to the Orlando International Fringe Theater Festival to do some freestyle rapping, his way.

“Chris Turner: Raps” is his musical comedy spectacular, featuring his own unique brand of stand up. It’s a 60 minute mix of freestyles, stand-up, written raps, finger-snapping poetry, and musical interludes.

Who Is Chris Turner?

An experienced improve comedian, Chris’ work has gotten international recognition. A veteran of 11 Edinburgh Fringe Festivals, Chris won ‘Best Comedy’ at the Adelaide Fringe Weekly Awards, and has secured four nominations at the Perth Fringe World Festival between 2014-2017. this is a guy who knows his Fringe audiences.

He’s also hosted the International Showcase at SF Sketchfest 2019 (“That’s a Wrap!”), done his brand of comedy on Last Comic Standing, and recorded a comedy album at the Hollywood Improv.

And his rapping skills have given Chris some interesting collaborations — most recently with Coca-Cola. Chris hosted and created content for their online platform.

Likewise, he collaborated with Yorkshire Tea to create a video called Blessed are the Teamakers that went viral on YouTube, with more than 6 million views.

Chris is also a founding member of Racing Minds, a UK improv troupes, which has been responsible for a twelve-part series of Writer’s Block recorded for Audible and a 50’s style radio comedy The Wireless Podcast.

That’s a lot of comedy on your resume.

How Did Chris Turner Create His Show?

Freeline Media reached out to Christ to learn more about his upcoming Fringe show.

Freeline Media: You’ve performed in Europe and Australia – now welcome to Orlando! As an Orlando Fringe veteran, how do local audiences compare to the folks across the ocean?

Chris Turner: I’ve found Orlando audiences thoroughly delightful – they’re excited for the show, and expecting it to be good. This makes a change from British audiences who tend to assume ‘This will be awful’ and Australian audiences who give off a ‘Well, even if he’s funny, he’s probably not as funny as my mate Kevvo’ vibe.

FM: What’s the key talent to rapping on any subject — on command? Sounds complicated.

Chris: It’s complicated to explain, for sure! I’ve been rapping for 17 years, so I think the main thing is being extremely comfortable when I’m doing it. I’m never nervous or worrying ‘What if it goes wrong’ – this is a huge help when it comes to spontaneously rhyming. Getting into a ‘flow state’ is ideal, and that seems to exist where the planes of ‘a challenge’ and ‘one’s ability’ intersect.

Also, you need to know a little bit about a lot of things, in order to rhyme interestingly and amusingly about them, though as I’ll demonstrate in the show via Wikipedia’s ‘Random Article‘ feature, there’s no way you could hope to learn everything, but you can still rap about it!

FM: Now, how does one go about becoming a freestyle rapper? What inspired you to get into this unique art form?

Chris: I loved listening to rappers like Dr. Dre, Eminem, and Snoop Dogg when I was quite young, and so I used to rap along, trying to sound as good as they did. I never realized that they wrote their lyrics, I thought it was all made up, so that’s how I practiced, which meant that by the time I was 18, I’d had 6 years of practice of freestyling without ever thinking it was an unusual or difficult thing.

I started performing improvised comedy shows with The Oxford Imps at Oxford University when I was 19, and was told that I was pretty good at freestyling, so I soon added it to my stand-up comedy sets and it took off from there.

FM: You’ve worked for Coca-Cola and Yorkshire Tea — interesting contrast! What was that like?

Chris: I’ve always found it funny that I worked for the most American drink and the most British drink – an unholy pairing of caffeine, if you will. Both the things I shot with them were great fun – Yorkshire Tea was a rap, complete with music video called ‘Blessed are the Teamakers‘, which was so fun to perform and act in. We had a low-rider tea trolley, teacakes on turntables, and in one delightful shot, I make it rain teabags – you should definitely check it out online!

For Coke, we shot two episodes of a show called ‘Word on the Street’, where I went around London with a drummer, doing freestyle raps for tourists and passers-by. The most difficult thing was finding people willing to empty the contents of their purses for a segment where I rapped about everything they had in it, most of them thought we were trying to rob them.

FM: Tell us more about Racing Minds, your improv group.

Chris: We’ve been together for over 10 years now, we’re four best friends who met at Oxford University, and have had a great time performing some of the silliest improvised comedy imaginable since then.

Every year we go to the Edinburgh Fringe and we’re lucky enough to have a lot of loyal fans up there, and we’ve toured to Australia, Poland and Belgium as well.

Hopefully I’ll be able to get the other three to America some time soon, but until then, you can listen to our ridiculous adventures in comedy on our free 1950s radio play-style podcast, The Wireless Podcast.

Chris Turner: Raps will be a part of the Orlando International Fringe Theater Festival in May, with performances at the Gold Venue in the Orlando Museum of Art, 2416 N. Mills Ave.

The Orlando Fringe is the longest running Fringe Theatre Festival in the U.S., and this year the 14-day event runs from May 14-27 at the Lowndes Shakespeare Center in Loch Haven Park. To learn more, check out Fringe online.