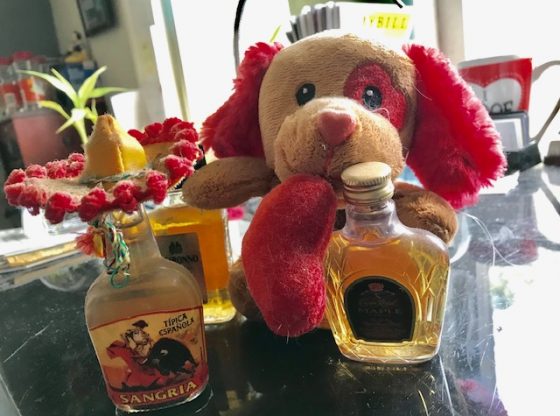 ORLANDO — The original Freeline Productions play “The Hammered Dog” has been added to the list of shows that will premiere at the 2019 Orlando International Fringe Theater Festival next May.

Written by playwright Michael W. Freeman, the show was among more than one hundred selected during the Orlando Fringe Lottery on Dec. 3.

The play will be directed by local theater artists Laurel Clark and Jim Cundiff, who collaborated with Freeman in 2016 on the play “Murder Sleep.”

There will be auditions in January for the roles of Sandra, Ted, and William. Details on times and locations will be announced soon.

What Is The Hammered Dog About?

“The Hammered Dog,” set in Orlando, tells the story of Sandra, a shy and emotionally withdrawn young woman who meets a handsome young man, Ted, at a nightclub — and proceeds to accidentally spill her drink on his shirt. When he gets angry and humiliates her in front of the crowd, Sandra rushes outside, breaks her glass and decides to use the sharp broken pieces to slice her wrists.

What happens next puts Sandra’s life on a much darker path than she ever imagined.

This will be the fourth play that Freeline Productions has successfully submitted to the Orlando Fringe, and the fourth time that Freeman and Clark have collaborated.

What Inspired Freeman to Write This Play?

Author Freeman said the inspiration for “The Hammered Dog” story came from that very first scene, which kept going around in his head, without any clear direction of what would happen next after Sandra breaks the glass.

“Then a creative spark hit me, and everything came together pretty quickly after that,” he said. “I think it’s a play that’s going to resonate in the Me Too era. It has a lot to say about abusive relationships and where that can lead you.”

Sandra becomes the protagonist who goes back to her apartment, but finds she’s now undergoing a human experience that goes from tense to fearful to downright harrowing. At the same time, the play offers a considerable amount of humor as Sandra renews her friendship with William, an older gay man from her office who acts as a mentor to her.

Who Are The Directors?

Laurel Clark has been a professional theatrical director and performer since 1986. Theatrical experience with original shows, improvisation and script development have led to a successful career in directing and writing. She is in her 24th year as the Executive Show Director for Sleuths Mystery Dinner Shows, which has been an industry standard since opening in 1990 and is proud to be the largest and longest running full time repertory mystery show in the U.S.

Laurel has participated as a director, assistant director and actor since Orlando Fringe began in 1991, and “The Hammered Dog” will be her 20th offering in this year’s Festival. She has been thrilled to have had 7 past shows win awards or the Patrons Pick for their Venue as well.

Since returning to the stage a decade ago, Jim Cundiff has enjoyed performing at Orlando Shakespeare Theatre, Mad Cow Theatre, Breakthrough Theatre of Winter Park and with freelance groups like Dark Side of Saturn. Jim shoulders the responsibilities of producer and director regularly, including projects for Playwrights Round Table and Breakthrough Theater. As a fledgling producer, Jim was thrilled with the success of his show, the Ned Wilkinson musical Fosgate Ferret Loan Officer, which was 2012’s Brown Venue Patron’s Pick at Orlando Fringe.

What is the Orlando Fringe Festival?

The 2019 Orlando Fringe Festival will be held at the Lowndes Shakespeare Theater at 812 E. Rollins St. in Loch Haven Park, when more than 90 plays will be performed for audiences in the two-and a half weeks leading up to Memorial Day Weekend.

The Orlando Fringe Festival is the oldest Fringe in the nation, and in 2019 will celebrate its 29th year. It was created in 1991 by Terry Olson (who is now the director of the Orange County Division of Arts and Cultural Affairs), Andy Anthony and Rick Kunst, and held in 1992 in downtown Orlando.

The concept was simple: a festival featuring multiple theatrical shows, most in venues in empty storefronts. In 2004, the festival started to relocate to Loch Haven Park, and from 2005 on, the festival has been held entirely in that park and in nearby Ivanhoe Village. It’s the longest running Fringe Festival in the United States, a 14-day festival held in the spring.

While Freeline Productions will be producing a play at Orlando Fringe next year, the news site Freeline Media will be covering the festival next May, so Fringe artists are encouraged to get their press releases and contact information ready.

Freeline Media has been covering Orlando Fringe for more than a decade. Artists can submit their press releases and information about their shows to FreelineOrlando@Gmail.com.

Stay tuned to learn more about the upcoming premiere of “The Hammered Dog,” and the auditions for the three roles.