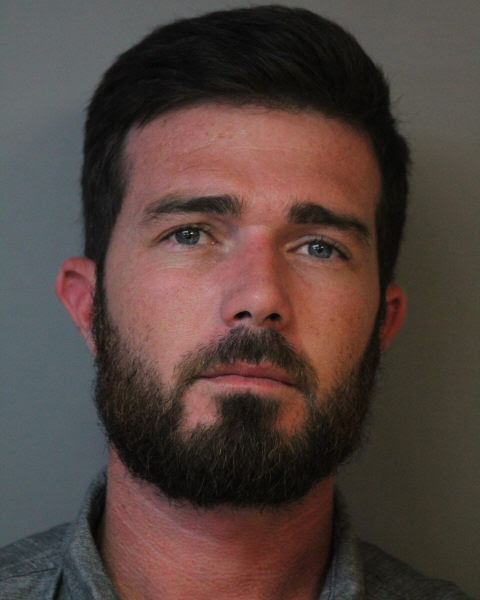 WINTER HAVEN — Florida’s controversial Stand Your Ground Law, which has become an issue in the state’s competitive gubernatorial race, is being cited by the Polk County Sheriff as a leading factor in the decision not to arrest the shooter involved in a recent gun-related death.

The Polk County Sheriff’s Office is investigating the shooting death of Jason Boek, 34, of Winter Haven, who was shot and killed by the driver of an Uber vehicle. It happened around 2:20 a.m. on Tuesday, Aug. 28 on Dundee Road in unincorporated Polk County. Polk Sheriff Grady Judd said this shooting death is a good example of why Florida’s Republican Legislature passed the Stand Your Ground law.

Stand Your Ground laws like the one in Florida and other states establish the right of a person to defend themselves or others against threats or perceived threats, even to the point of lethal or deadly force. These laws also typically state that an individual doesn’t have a duty to retreat from any place where they have a lawful right to be.

At a press conference about his office’s ongoing investigation of the shooting, Judd said the Uber driver had claimed to be acting in self-defense, and would not be charged in the shooting. Judd called the case a classic example of a Stand Your Ground case, adding “This is a justifiable homicide all day long.”

What Happened on that dark Dundee Road?

Carrie Horstman, public information officer for the Polk County Sheriff’s Office, reported that on that Tuesday morning, a woman called for an Uber to drive her home from the Grove Lounge on U.S. 27 in Dundee after doing some drinking.

“Another woman at the lounge walked the patron out to the Uber when it arrived. The women do not know each other,” Horstman noted in her report.

The Uber, a Hyundai Elantra, was being driven by Robert Westlake, 38, of Lake Wales. After picking up the woman, he headed west on Dundee Road.

Horstman reported that “The woman who assisted the Uber passenger then began receiving text messages from her on-again, off-again boyfriend Boek, that indicated he thought she got into the Hyundai. Boek told her he was going to pursue the Uber and then beat up the man driving. It appears Boek saw his girlfriend walk out to the Hyundai, and thought she – not the other bar patron – was inside.”

Boek drove a Ford truck until he caught up with the Uber driver, then passed the car and pulled in front of it. Westlake later told deputies he thought the man driving the truck was trying to run him off the road.

As the truck stopped in the road directly in front of Westlake’s Hyundai, Westlake also stopped his car, and that’s when Boek got out and started walking toward the Hyundai.

The sheriff’s office released a dash cam video from the Uber driver’s car, showing Boek yelling at Westlake and claiming that he had a “pistol.” It turned out to be a cell phone.

In the web cam video, Boek is heard saying “You know I got a pistol?’ and “You want me to f***ing shoot you?”

“Boek continued to approach, at which time Westlake, who is a concealed weapon permit holder and a licensed armed security guard, reached into the pocket of the driver door and retrieved a handgun, firing one shot at the truck driver,” Horstman wrote in her report.

Westlake then called 9-1-1 and tried applying lifesaving measures to Boek, the sheriff’s office reports. Horstman noted that Westlake cooperated with deputies during this investigation, and both Westlake and his passenger said they didn’t know Boek.

What Is Known About The Victim?

The sheriff’s office also noted that at the time of the shooting, Boek was on felony probation for battery, which started in June 2016 and wasn’t scheduled to end until June 2021. The sheriff’s office also noted that Boek’s driver’s license had been suspended last May, and the truck he was driving didn’t belong to him, that he had borrowed it from a friend.

Horstman reported that this investigation is ongoing.

The issue of Stand Your Ground is expected to stay in the headlines this fall, since the candidates running for Florida governor have taken diametrically opposite views on the law.

The Republican nominee, U.S. Rep. Ron DeSantis, has said he’s opposed to changing Stand Your Ground, telling the magazine Politico in a statement that it would “impose a duty to retreat upon law-abiding Floridians, which would tip the scales in favor of criminals.”

The Democratic nominee, Tallahassee Mayor Andrew Gillum, told The Orlando Sentinel in July that he favors repealing Stand Your Ground, saying “The consequence of confusion over how ‘stand your ground’ is applied in this state can result in the loss of life of otherwise innocent people. It is in fact an emergency in the state of Florida when parents have to be concerned about their children or themselves being gunned down under the color of the law of ‘stand your ground.’ ”

It’s not clear yet how the Dundee shooting case will play into this debate in the fall.

“The Stranger From Seville” takes audiences on a journey of love and revolution
Miller’s Ale House demonstrates why a franchise can do so well.