Florida’s Red-Hot Economy: It’s Where The Jobs Are

Home /Government/Florida’s Red-Hot Economy: It’s Where The Jobs Are 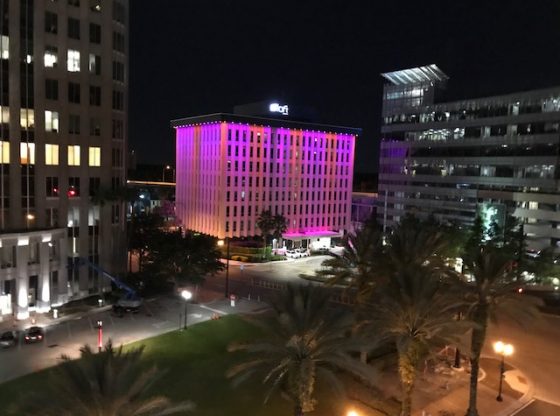 TALLAHASSEE — Like a muscleman who keeps increasing the strength of the weights he can lift, Florida’s economy is getting to the point of facing a similar vexing question: How strong can it keep getting?

Despite predictions from economists that the nation’s trade wars with China, the trillion-dollar budget deficit or some other factor may push the nation into a recession this year, the Sunshine State keeps moving in the opposite direction. While the U.S. posted an unemployment rate of 3.5 percent in September, Florida was doing even better, as the state’s jobless rate dropped to 3.2 percent.

And with so many new jobs being created here, the state’s labor force participation rate increased as well, attracting more and more people from other states relocating here to take advantage of the  215,000 private-sector jobs that got created over the year.

That figure of 215,000 is about the same as the entire population of the cities of Birmingham, Alabama, San Bernadino, Calif., or Tacoma, Washington.

As the office of Gov. Ron DeSantis noted,  a lot of the state’s job growth has come from professional and business services and the state’s burgeoning financial sectors. For a state that’s traditionally relied on lower-wage, lower-skilled jobs in tourism and hospitality, those two sectors are more likely to be looking for higher-skilled workers.

DeSantis credited Florida’s “business-friendly environment” for the job growth, particularly low taxes — Florida is one of just nine states without an income tax –and lack of burdensome state regulations.

“Prioritizing investments in innovation and talent development while keeping taxes low will continue to advance and diversify Florida’s economy,” DeSantis noted in a press statement. He also pointed to his office’s recent moves to further boost economic development by:

Ken Lawson, executive director of the Florida Department Of Economic Opportunity, noted that Florida’s annual private-sector job growth rate of 2.8 percent was considerably faster than the national job growth rate of 1.6 percent, and those jobs helped lure  154,000 newcomers into the state’s labor force over the past year. Florida had 277,495 openings in September.

“Each new job created is more than a data figure,” Lawson noted in a press statement. “It is a real opportunity for a Floridian to do meaningful work, pay their bills and live a better life.”

As goes the state of Florida, so goes Orlando. In September, the Orlando area continued to have the highest job creation in the state. The City Beautiful added 45,600 new private-sector jobs in the past year, and the unemployment rate in the Orlando area was 2.8 percent in September, below the state and national average.

That should continue to fuel a solid population surge in the Greater Orlando area. During the 2019 Orange County Regional Economic Summit, panelists projected that Central Florida would add about 1,500 people per week over the coming years. The current population in this region (the counties of Orange, Osceola, Seminole, Lake, Brevard, Polk, and Volusia ) is 4.3 million, and that could grow to 5.2 million by 2030.

The downside, urban planners warn, is that the cost of housing in the Orlando area is soaring and becoming unaffordable for many of the families moving here, making Orlando one of the worst metros in the nation for affordable homes.

The real estate website Zillow notes that Orlando’s housing market is, like the state’s economy, “Hot,” with a median home value of $243,900. “Orlando home values have gone up 4.1% over the past year and Zillow predicts they will rise 3.2% within the next year,” Zillow noted in the report.

Fear Not: Phantasmagoria is Back With a Reckoning
Polk County’s Haunted Jail Tour Is Back For More Scares