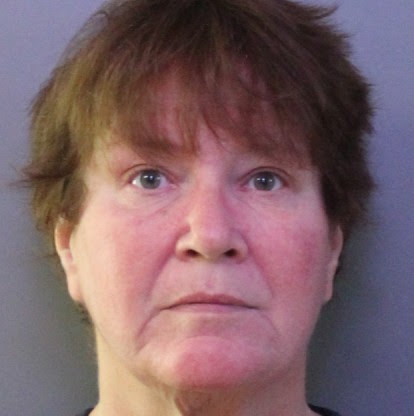 LAKELAND — An Auburndale woman has been arrested by the Polk County Sheriff’s Office and charged with scheming to defraud a local business out of more than $100,000.

Her motive? According to the arrest report, Darla Jean Borders, 55, wanted the money to buy Hydrocodone, a semisynthetic opioid used orally to relieve moderate to severe pain, or as a cough suppressant.

Detectives say Borders also wanted the money to do some online gambling.

How Did This Case Begin?

Carrie Horstman, public information officer for the Polk County Sheriff’s Office, noted in her report on the case that detectives arrested Borders, of 149 Bergen Circle in Auburndale, on Wednesday, Feb. 6 after obtaining a warrant. She was charged with scheming to defraud over $50,000, and grand theft over $100,000, both felonies.

Detectives had been contacted by her employer, Florida Regional Services Office, an affiliate of Narcotics Anonymous.

According to the arrest report, between August and October 2018, while Borders was employed by the agency and was in training to become their office manager, “she transferred $104,082 from their Bank of America business account to her personal Paypal account,” Horstman noted in her report.

Florida Regional Services is a literature vendor that creates materials for Narcotics Anonymous and other private for-profit companies. As Horstman noted, their profits come from selling products to rehabilitation facilities.

What Did The Investigation Uncover?

During their investigation, detectives found evidence that Borders had made three financial transactions between $24,000 and $47,000, sending that money to her Paypal account in the summer and fall of 2018. The amount taken, detectives say, totaled $104,082.

“Borders then transferred $79,000 from her Paypal account to her personal checking account, and also made purchases from her Paypal account at merchants such as Dicks Sporting Goods, Young Essential Oils, Gear Bubble, and Bed, Bath, and Beyond,” Horstman noted. “When she was confronted by the Florida Regional Services chairman, she admitted to the theft, and her employment was terminated.”

The company then contacted police.

After her arrest, Borders “told detectives that she needed the money to purchase hydrocodone and to gamble online,” Horstman noted.

A Tale Of Two Cities The Musical Is As Sprawling, Epic as the Book
Can Anything Stop Florida’s Economy?