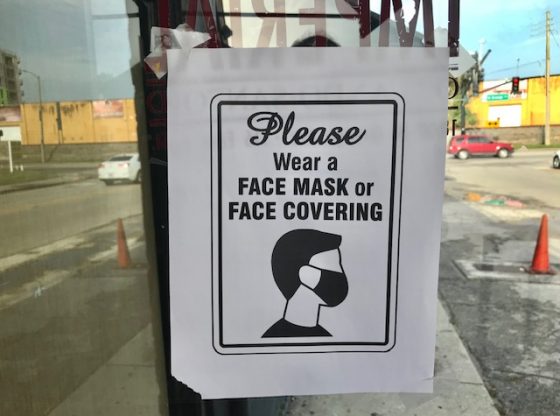 ORLANDO — If you’re in Florida today and want to go out for a drink tonight, better buy some liquor and stay home. For the second time, Florida’s government has ordered bars closed.

That order came not from the office of Gov. Ron DeSantis, but from a Tweet on Twitter. Halsey Beshears, Florida’s Secretary of Department of Business & Professional Regulation, issued a tweet at 11:05 this morning announcing that bars could no longer serve alcohol to patrons.

“Effective immediately, the Department of Business and Professional Regulation is suspending on premises consumption of alcohol at bars statewide,” his post noted. End of story.

Why Is Florida Closing Bars Again?

On Friday, both Florida and Texas announced they were once again mandating that bars close after both states experienced soaring numbers of new coronavirus cases. For Florida, it happened right after the state reported a record high number of new coronavirus cases, 8,942 in total. The previous record, set two days earlier, had been 5,508.

Florida and Texas are among 30 states that have experienced an increase in new COVID-19 cases, and their numbers have been increasing — sometimes skyrocketing — on a daily basis. DeSantis had initially refused to issue a statewide stay-at-home order to combat the spread of the coronavirus, but finally did so in March after several counties, including Orange County, did so on their own. The state started reopening businesses at the beginning of May, including restaurants, bars, gyms, and outdoor sporting events, provided they had limited seating capacity.

Despite the rising caseload, DeSantis has said he does not want another statewide shutdown, although he said the state  would pause the reopenings and not move on to the next phase. DeSantis also said he would not issue a mandatory statewide order for people to wear masks in Florida, although again some counties like Orange County have already done just that.

While this health crisis is getting worse, so is the economic  crisis brought on by the virus and the shutdowns. In February, the unemployment rate in Central Florida was 2.9%. By May, it had soared to 22%.  The virus forced the shutdown of the region’s largest employers, the popular theme parks, leading to thousands of hospitality workers being laid off or furloughed.

What About The Republican National Convention in August?

Florida has another concern: in August, the state will host the Republican National Convention, which will feature the speech by President Donald Trump as he accepts the party’s nomination for a second term. The Republican National Committee decided to relocate its convention to Jacksonville after originally selecting North Carolina as the host state. However, the president was angered when the state’s Democratic governor, Roy Cooper, announced he would impose social distancing measures during the convention to protect against the spread of COVID-19. Trump complained that North Carolina was imposing too many restrictions, and the convention was shifted to Jacksonville, with Gov. DeSantis eagerly welcoming the convention to the Sunshine State.

How the rising number of COVID-19 cases in Florida will impact the convention isn’t clear yet.

Also up in the air is the planned reopening of Walt Disney World. On Friday, the National Basketball Association and the National Basketball Player’s Association announced they were moving ahead with plans to hold the rest of its season in Disney World, at the Wide World Of Sports Complex. Michele Roberts, the NBPA’s executive director, issued a press release noting that “our platform in Orlando presents a unique opportunity to extend the ongoing fight against systematic racism and police brutality in this country. We will continue to work with our players and the League to develop specific plans in Orlando as well as long-term initiatives to bring about real change on these issues.”

However, on Thursday the Disneyland theme park in Anaheim, Calif., announced it would not reopen on July 17, as originally planned, due to concerns over the spread of coronavirus. California has joined Florida in being among the hardest hit states for new cases.

Walt Disney World, on the other hand, has announced it will move forward with plans to reopen the theme park in Lake Buena Vista near Orlando on July 11. The Downtown Disney District is expected to reopen on July 9.