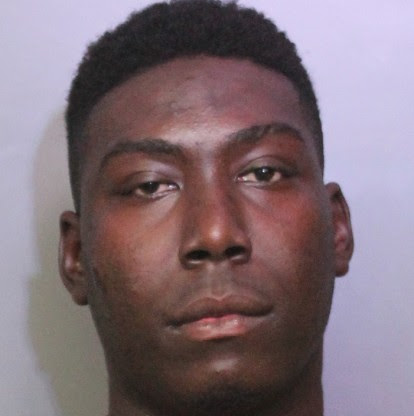 The Polk County Sheriff’s Office reported that deputies and officers from the Winter Haven Police Department were able to apprehend two suspects in what’s described as a robbery and shoplifting spree in the Winter Haven area. The suspects, a man and a woman, were described by Polk County Sheriff Grady Judd as being violent. That included threatening employees at a local Walmart, crashing into two cars while attempting to speed off, and hitting a deputy sheriff’s patrol car.

“Two violent shoplifters were arrested Tuesday and they face a cornucopia of charges from the Polk County Sheriff’s Office and Winter Haven Police Department,” Judd said, while also noting that their arrests came just two days before the Thanksgiving day holiday.

“Their families don’t need to bother saving a place for them at the dinner table for Thanksgiving,” the sheriff added.

What Led to their Arrests?

Carrie Horstman, public information officer for the Polk County Sheriff’s Office, noted in her report that this case started on Tuesday, Nov. 20, after a call from a local Walmart about two people caught shoplifting by Walmart loss prevention.

According to their affidavits, it started around 3 p.m. when the PCSO Emergency Communications Center got a call from the Walmart at 7450 Cypress Gardens Boulevard about a shoplifting incident.

Walmart employees reported that White and Ploof were seen trying to remove hoverboards, but anti-theft devices on the devices tripped them up.

“They then went to the electronics section, and took four streaming video devices, and headed over to the sporting goods section for a backpack, which they used to conceal the stolen goods,” Horstman reported. “They headed towards the garden center to exit the store when they were confronted by loss prevention personnel and four managers.”

At that point, the store’s employees would tell detectives, Ploof ran out to the parking lot, while “White shoved one manager in the chest, and struck another one,” Horstman reported. “He then approached them in a fighting stance with his fists up. Meanwhile Ploof brought the car around – a grey Nissan Altima. She yelled to White, who ran to the car and got in, and they both fled.”

They were quickly spotted leaving the store’s parking lot by a PCSO deputy sheriff on patrol, then heading east on Cypress Gardens Boulevard toward U.S. 27. The deputy attempted to make a traffic stop, Horstman noted, but the vehicle sped off — but not for long.

“The suspect vehicle then caused a traffic crash on U.S. 27 in the intersection, striking two other vehicles,” Horstman reported.

There were no injured reported from this crash.

After striking those two cars, deputies say Ploof and White continued to drive off, making a U-turn on U.S. 27 and heading back west on Cypress Gardens Boulevard. In doing so, Horstman said, the two suspects deliberately hit the deputy’s patrol car. The deputy followed them, she noted, then executed a P.I.T. (Precision Immobilization Technique) maneuver to stop the car. At that point, the two suspects were taken into custody without incident.

What Did Detectives Learn After Interrogating Them?

As part of their investigation, detectives from both the Winter Haven Police Department and Polk County Sheriff’s Office learned that the two suspects had also visited the Walmart at 355 Cypress Gardens Boulevard and tried to steal two Razor electric scooters and two hoverboards valued at $872, Horstman reported.

“When confronted by a loss prevention representative there, White threatened to ‘beat his a**’ before he and Ploof fled,” Horstman noted.

White has been charged by Winter Haven P.D. with four felonies, including:

* Conspiracy to commit a robbery

* and conspiracy to commit grand theft.

White, who is currently in the Polk County Jail with no bond, also faces three misdemeanors charges that include two counts of battery, one count of resisting a retail merchant, and two counts of contributing to the delinquency of a minor. White’s criminal history includes five previous felonies and 12 previous misdemeanors, including arrests for:

* grand theft of a motor vehicle

* Driving Under the influence

* Leaving the scene of a crash

* Not having a valid driver’s license

* and failure to appear.

Ploof is being charged by both agencies with four felonies as well, including:

* Accessory after the fact

* and conspiracy to commit robbery.

She also faces a misdemeanor charge of Petit theft.

Ploof was booked in at the Juvenile Assessment Center and is being housed in the juvenile dorm at the Polk County Jail. Horstman noted that Ploof has a “juvenile criminal history in other counties.”

Horstman noted that this investigation is ongoing by both law enforcement agencies, and detectives are now looking into what other crimes White and Ploof may have committed. More charges, Horstman noted, are pending.

“Their relationship to each other is unknown,” Horstman noted.