Fitness training for the holidays: It’s easier than you think, one trainer says.

Home /Lifestyle/Fitness training for the holidays: It’s easier than you think, one trainer says. 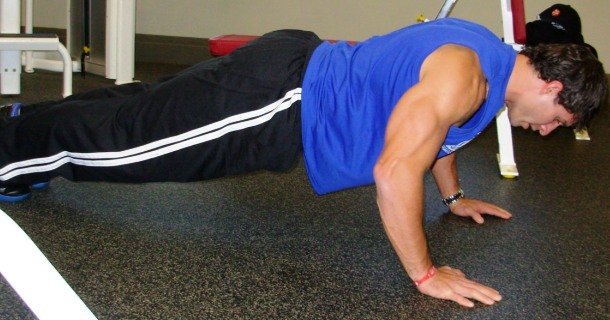 ORLANDO – Luis Rodriguez Jr. has heard it all before:  I’m just going to wait until January …..

His response is if they can’t keep up their daily exercise routine now that they have the holidays as a handy excuse, it won’t get any easier come January.

“First you have to decide that you want to stay in decent shape during Christmas,” said Rodriguez, an ORlando physical fitness. “If you don’t start out with that in mind, it’s not going to happen.”

For a lot of people who hit the gym regularly, December may seem like the perfect time to cheat on their exercise and fitness routine. After all, the holidays provide all sorts of diversions: the need to travel to see family or go on vacation, and the expectation that you’ll be staying in a hotel with no fitness center — so where there’s no gym, there’s no exercise.

Or maybe you’ll stay at a relative’s house, and they don’t have a home gym. So the temptation is obvious: skip your normal exercise routine altogether, expect to eat a lot during those Christmas day and New Year’s Eve meals … and worry about losing the added weight once the holidays have come and gone.

Rodriguez said his advice is: don’t buy it.

“I’ve found over the last couple of years that people are getting lazier and waiting until February or March, and by then they’ve gained an extra 15 pounds,” he said.

Rodriguez said there’s a much better option: stick with an exercise routine over the holidays. Chances are it will help you feel healthier, more fit, and in shape – not to mention guilt-free from all those extra helpings of holiday meals you expect to devour.  Best of all, there are very basic things that can be done that don’t require a gym, cardio machines or any special exercise equipment. It’s that simple, he said.

“A lot of people think you have to be in a gym or go to a gym to stay fit,” Rodriguez said. “There’s a lot of things you can do without going to a gym. A gym is a great thing, but it’s not a necessity.

Rodriguez is a heath care and fitness advisor who runs the Web site www.HealthyChamps.com, dedicated to helping people get into the best shape possible. The Orlando native said people who hit the gym three to five days a week forget that they can do certain things – push ups, calisthenics, jogging and running – no matter where they are.

If you’re planning on traveling this holiday season, don’t worry about whether your hotel has a fitness center or your relatives have cardio equipment. Instead, develop a plan and stick with it.

“You want to get it over with,” Rodriguez said. “If you’re going to eat badly every day, you want to do it every day, too. Go jogging. Bring some roller blades with you. Stick a jump rope in your bag. Get your heart rate up. Do four to five exercises, back to back – push ups, squats, triceps – then take a small break in between, then do it again.”

If you plan to eat a lot because you know the relatives make huge meals this time or year, set aside some extra time every day to burn off those added calories, he said.

“If I’m going to eat a lot more calories, I need to burn more calories,” he said. “Prepare for it the day before and afterwards.”

The same is true for those who have a big Christmas or New Year’s Eve party to attend, he said.

“If it’s that private night party you want to go to, you don’t want to give that up,”  he said.  “So go do some cardio, go lift some weights before you’ve had your fun.  But don’t come up with another excuse to justify the extra food.”

Rodriguez has followed this advice for years, and is proud of the results.

“I like what I’ve worked hard to do,” he said. “It’s fun. For three hours I’ll go rollerblading, or I’ll go for a run, or I’ll mix it up and play basketball. I can find things to do that don’t feel like exercise.”

People can adopt the same attitude, he said.  If they think of exercise as hard work, then find fun things to do that burn off calories at the same time. And most of all, he said, don’t use the holidays as an excuse to slack off.

“Plan it out a day at a time,” he said. “The holidays get crazy. Where people go crazy is they eat trash for 20 days and say, ‘Ok, I’ll work it off in January.’  If you do that, it’s going to be a total failure.

Do you hate flying during the holidays? One commercial pilot says passengers have a great deal these days.
Parent of a bullying victim urges others not to be silent bystanders

Solar Power in Florida: Is…