Festival of New Musicals Kicks Off at Winter Park Playhouse 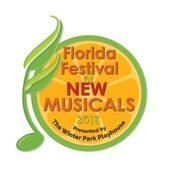 WINTER PARK — Seated in the lobby of the Winter Park Playhouse, Alan Becker was thrilled to be seeing the show “Somewhere Between” at the community theater in Winter Park. He came from Seattle just to see it.

“It’s been really wonderful,” he said.

Becker, though, isn’t a patron, but the author of the musical that’s now a part of the four day event that starts tonight at the Playhouse, the Second Annual Florida Festival of New Musicals.

Created last year to advance and elevate this most original of American art forms, the festival is going to showcase six new, never-before-produced musicals, including Becker’s show.

In the competitive world of producing original musical theater, Becker said, having a festival like this one to debut in is most definitely a terrific asset.

“It’s a really valuable thing to do — not just for here but for the whole country,” he said. “You don’t get a chance to get these (plays) out sometimes. It’s really important to have places where you can show productions like this. I’m quite excited.”

Which Artists Are Taking Part in this Festival?

Playwright Victor Kazan felt the same way, which is why he flew in from Melbourne, Australia so his musical “The Stranger From Seville” could be a part of the festival.

“I think it’s fantastic,” Kazan said. “We feel honored to be invited. In Australia, there are no opportunities to introduce a piece like this. To play it to an American audience is very valuable.”

Kazan also fell in love with something else: the charm and appeal of the Winter Park Playhouse, which has been producing musicals for more than a decade at 711 Orange Ave. in Winter Park.

“As soon as I walked in, I said ‘Wow, this is a unique place,’ ” Kazan said. “It’s absolutely charming. I feel totally at home here.”

Becker said he’s equally excited about producing his own show, which he put a lot of passion into creating.

“It’s a show about blazing your own trail in life and dodging the path that your loved ones want to put you through,” he said. “There is a little bit of my life in the show, although I wouldn’t say it’s autobiographical. I’m a bit of a black sheep in my family, the only member of my family to go into the arts.”

What’s Happening at the Festival of New Musicals?

From tonight through Sunday, the Playhouse will have four performances each day, with one act of each selected musical fully read and sung, concert-style, by a cast of professional actors, singers and musicians. Becker’s play will show audiences the second act of “Somewhere Between,” while Kazan’s show will introduce audiences to the first act.

Todd Alan Long, a veteran performer at the Playhouse and other Orlando-area theaters, is performing in several of the shows being performed at the Festival, and he said the value of doing just one act is that it hopefully whets the audiences’ appetite to see the entire production.

Heather Alexander, the executive director of the Playhouse, said it was truly a joy to be able to showcase new works to Central Florida audiences through this unique festival.

“It is quite spectacular,” she said. “And it is exhilarating for the artists.”

Lourelene Snedeker, who is acting in several of the productions, echoed that. She noted that the festival isn’t just a terrific showcase for the playwrights, but for the actors as well.

“From an actor’s standpoint, you’re getting to perform for all these artistic directors in ways you might not normally be seen,” she said. “This gives the young actor in the area the ability to be seen. It fosters good will everywhere.”

And for the playwrights, she added, it’s a great way to continue to develop their work.

“They get feedback from the actors, the directors — and the audience,” she said. “I think it’s fantastic. Other than Jazz, musical theater is the only other original American art form.”

The Florida Festival of New Musicals opens today at 2 p.m. with a performance of the musical “Extended Stay.” Additional shows today are:

There will also be four shows on Friday, Saturday, and Sunday. For a full schedule, log on to the Playhouse’s website.

Exploring a new lifestyle: Boat Living Off the Grid
Review: Southern Greed and Backstabbing Was Never So Fun as in “The Little Foxes”