Father of a teenage boy killed in a tragic accident roots for the movie made in his son’s honor.

Home /Media/Father of a teenage boy killed in a tragic accident roots for the movie made in his son’s honor. 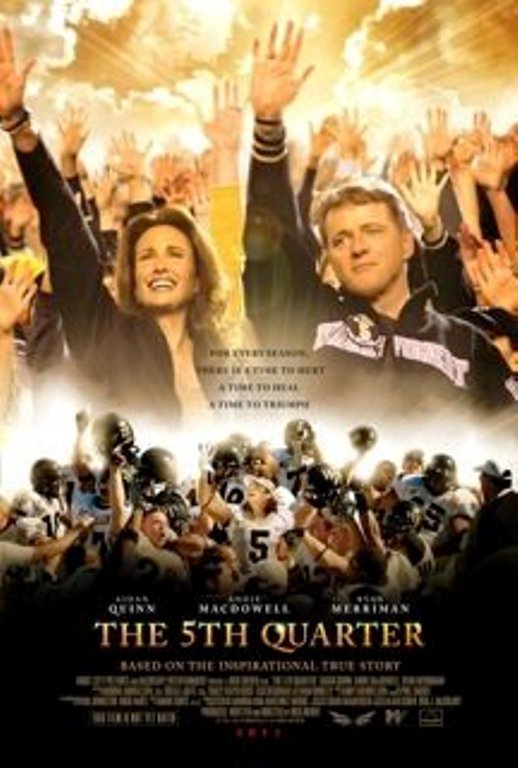 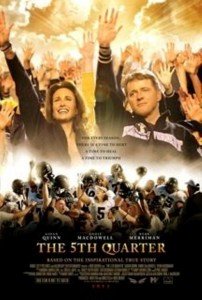 ORLANDO – In 2011, Steve Abbate went on a whirlwind tour to let people know about the movie “The 5th Quarter,” an independently-produced feature length film that played in Orlando. It’s a movie Abbate is passionate about, which is why he’s working so hard to get the word out about it.

“We were on the Mike Huckabee show (on Fox) last week, and we did an interview CNN on Monday,” Abbate said.
Abbate isn’t a filmmaker, though, or an actor in the movie. In fact, actor Aidan Quinn portrays Abbate himself in the movie, which is not only a true story, but is rooted in a terrible incident that devastated the Abbate family: the death of their teen-age son Luke in a car accident.

“He was a kid who did something very purposeful,” Abbate said. “No other kid should go through that.”
“The 5th Quarter” opened on March 25, 2011. At the heart of the movie – and the true story behind it – is a portrait of how one family coped with the tragic loss of their son.

“ ‘The 5th Quarter’ is a story about family and faith,” said Abbate. “We’ve been having premieres, including one here in Orlando.”

What’s The Story Behind The 5th Quarter?

In February 2006, their son Luke accepted a ride home from a classmate after lacrosse practice. It would turn out to be a tragic mistake.

Abbate said the classmate driving the car started to speed at 90 miles per hour, despite the protest of Luke and the other passengers.

“To scare his classmates, he went down a road going 90 miles per hour,” Abbate said. “He had done this before.”
Only this time, it ended in disaster. The car went down a 70 foot embankment, and Luke sustained severe head trauma from the crash.

“There was no blood flowing to his brain,” Abbate said. “He was virtually gone.”

While at the hospital, the Abbate family made the difficult decision to allow doctors to utilize Luke’s organs as part of a nationwide organ transplant program.

Luke’s heart was flown to the young woman’s hospital, and the transplant saved her life.

What Happened After Luke’s Death?

Following Luke’s death, his older brother Jon thought about ending his football career – but instead decided to keep playing, and to honor the younger brother who looked up to him.

Jon asked his coach for permission to change his long-standing number from 40 to 5 – Luke’s number. The team also dedicated the new season to the memory of Luke.

“Jon wasn’t sure he wanted to go back and play without his brother,” Abbate recalled. But when he did, “The team and the stands all did the same to honor Luke, and we won that game. That’s really how the movie ‘5th Quarter’ came about.”

As a result, the Abbate family formed the Luke Abbate 5th Quarter Foundation to educate young people nationwide about the dangers of irresponsible driving.

Press coverage of this story caught the attention of producer/director Rick Bieber, who thought it would make an inspirational film. He met with the family and set out to tell Luke’s story as honestly as possible.

“We decided we wanted to honor Luke’s life and death,” Abbate said. “We signed on really a napkin to have Rick investigate the opportunity to write a script. A year later, he came back to us with a script. There were very few things we asked him to change.”

Watching the movie, Abbate said he was struck at how accurate it was.

“That’s 94 percent of our words coming out of the actor’s mouths,” he said. “It’s kind of surreal to see what happened to our family in a 90-minute film. To me, it’s almost healing.”

They also saw an opportunity through this movie to show how tragedy can bring a community together, and also to send a positive message about the importance of organ donations.

“That’s our desire, that the movie will spread awareness of organ donations,” Abbate said, noting that the young woman, Casey, who got Luke’s heart has met the family.

“When the movie was actually filmed, we had not met Casey, the heart recipient,” he said. “Then we had an opportunity to meet Casey. She is doing quite well. It was an honor for us to meet her.”

And meeting her, he added, reminded the family that “Part of Luke is still alive today. It’s one of those ‘Wow’ moments you hope for.”

Abbate said he hopes those messages get through to young people.

“Who wants to go see a movie about a boy who died? There has to be something more to it than that,” he said. “What the movie shows is that the entire community wanted to support Jon, and they knew how much it meant to him to win that game. It is very uplifting.”

To learn more about the movie, log on to The 5th Quarter movie.