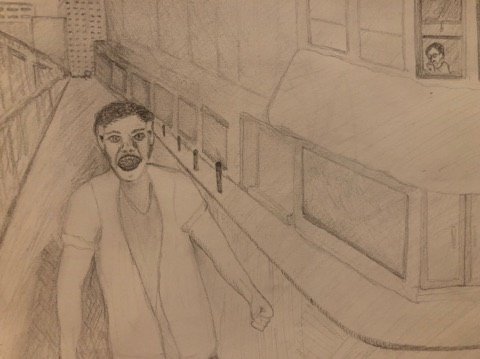 ORLANDO — Gregarious Southern Pols, the sharp fangs and claws of the legendary Wolfsblot, and the sinister cats that prowl a village full of mice …. welcome to the eerie and fantastical world “Of Cats and Wolves.”

It’s the newest novel released by Freeline Productions, and the book contains four tales of fantasy and darkness, revolving around either cats … or in instance, wolves.

“Of Cats and Wolves” by author Michael W. Freeman is now available on Amazon, Barnes & Noble online, and as a Kindle eBook.

What Are The Stories About?

Fairy tales represent a distinct genre, similar to folktales, that historically have been about mythical beings. These stories have featured goblins, trolls, and other fantastic or menacing creatures.

Not all fairy tales have aimed to be scary or disturbing; some are rich in humor and irony.

The Germans had the term “Märchen,” from the old German word “Mär,” which means story or tale. “Märchen,” on the other hand, means a “little story,” and these fairy tales often started with “Once upon a time,” taking the reader back to a time long ago, when there was still magic in the world, taking over or surpassing reality.

Today, longer examples of this kind of fairy tales have included works like Tolkien’s The Hobbit, George Orwell’s Animal Farm, and L. Frank Baum’s The Wonderful Wizard of Oz.

In “Of Cats and Wolves,” the four stories take the reader into a world that will seem like another universe entirely … but also strangely familiar at times.

The first includes two short pieces about cats — the first, about a very good cat who is cruelly abandoned by her owners, and is now facing terrible circumstances; and the second, about a group of horribly vicious cats out to make trouble, and plenty of it, in a village filled with mice.

“Double Vision,” on the other hand, feels like it’s set in 2018, in a major America city that we can instantly recognize. But the strange visions that the lead character Trajder has — of the woman in the empty apartment who frightens him as she knocks on his door at night, or the men walking through the park right below his apartment window who seem to have eerie wolf-like features — put us in a different, uncanny and menacing world entirely.

It’s Trajder’s friend Sean who seems to pull him back into reality, updating him regularly about the sad state of his love life. But the alternate universe is never far from Trajder’s subtly menacing double vision, and it keeps intruding on him unexpectedly — including at a loud and angry political protest at the local college, where Trajder’s quick glance attracts the attention of one nationalist protestor ….

The final story, “Through The Broken Glass,” also seems to be set in a reality recognizable as being part of the landscape of 2018. It deals with a journalist living in Orlando, Florida, trying to figure out how to handle a challenging potential news story involving the young victim of a brutal sexual assault.

But his dark nights alone in his apartment, or when he finds himself wandering the streets of the city, refusing to sleep, opens the readers to a similarly bizarre, often terrifying, and completely unfamiliar world.

Welcome to “Of Cats and Wolves,” where fantasy and reality collide, with no clear sign of where each story is heading.

Where Do The Political Themes Fit In?

The book also uses these stories to explore contemporary issues of political polarization, rising nationalism, intolerance for minority groups, and violence against the “undesirable.”

The short cat-and-mouse story “A Noisy Night” and the longer tales “Double Vision” and “Through The Broken Glass” offer reflections on the terrors of Europe during the era of fascism and the Holocaust — and to the often eerie parallels in many parts of the world today.

These are stories that would likely not have been written two to three years ago.

Welcome to the world that makes up “Of Cats And Wolves,” where the allegorical fable masks a much darker reality.

The book is 287 pages long and is available in paperback or as an eBook.

Michael is the founder of Freeline Productions, a writing and editing service that distributes his fiction novels “Bloody Rabbit,” published in 2013; “Koby’s New Home” (2016) and “Waking In The Dark” (2017).