Eating healthy for just $40 a week? The federal government says no, but The Tea Party counters that.

Home /Government/Eating healthy for just $40 a week? The federal government says no, but The Tea Party counters that. 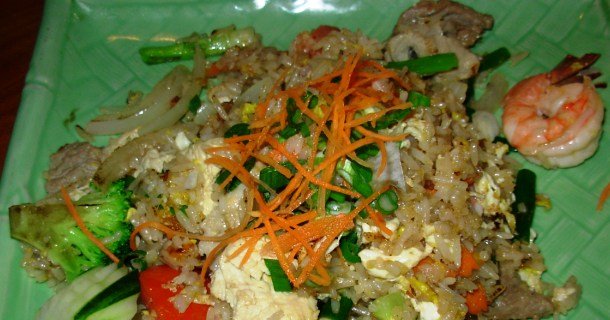 And it doesn’t require the federal government to look after you, the Tea Party says.

On the same day that President Obama was signing a bill to overhaul the nation’s food safety laws, Peg Dunmire, chairman of the Florida Tea Party, was delivering a very different message from her Lady Liberty Hour radio program: let’s take care of our own food and eating habits, and not look to the federal government to do it for us.

And that includes teaching even the poorest among us that they can shop – and buy – healthy, nutritious foods at their local grocery store without the federal government telling people what foods they should buy to maintain good health – or even providing the money to help them buy that food, Dunmire said.

“Our federal government spends $94 billion on food, and Peg Dunmire can tell you how to spend $40,” she said.  “This is truly something our government has taken over as part of the Nanny state.”

Dunmire’s radio show, which runs from noon to 1 p.m. daily on the Phoenix Network, railed against the federal government’s involvement in setting food safety standards that could just as easily be handled at the local level.

“If anyone thinks an inspection once a year or once every five years makes someplace safer, then they just don’t understand the nature of business,” Dunmire said, adding that if restaurants have poor cleanliness standards that leave their customers feeling ill, it’s a safe bet that word of it will get out quickly and that establishment won’t stay open for long.

“You will go out of business if you have a dirty establishment and you are serving food,” she said.  “Even if you don’t have a (local) ratings system, word gets around that people are getting sick there.”

Around the same time Dunmire was on the radio, the cable news stations were focusing on the bill passed by Congress last year and signed into law by President Obama today, that gives the Food and Drug Administration new and expanded authority to recall tainted food and step-up inspections of food processing plants.

“There is legitimacy in us being able to inspect food,” she said, “but the government is not what brings you food safety.”

People should make a habit of shopping or dining at places that have a good reputation for being clean and well maintained, rather than asking the federal government to pretend it can magically ensure that all these establishments are safe. She also said the federal government should stop spending so much on food stamps and other programs designed to help low income families buy food.

Dunmire said she logged onto the Web site for the Publix supermarket chain and did some price shopping.  The average family can spend $14 a week on meat, $10 on produce, $8 on dairy products, $5 on grains, and $3 on bulk items – all of it healthy and nutritious.

Add to that packages of carrots, onions, and celery for less than $2 each, and a pound of apples, plus five frozen vegetable packages for $10.

Toss in a gallon of milk for $3.50, packets of yogurt for $2.50, and two containers of oatmeal through a buy one, get one free deal, and you have the makings of a grocery bill that comes in under $40. Dunmire said she did the shopping herself on the Publix Web site, and “My grocery bill would have been $39.53.  You can have a healthy menu – there is no doubt about it.”

What Americans don’t need, she said, is the federal government spending so much on food stamps that tell recipients what they can or can’t buy.  She recommended that people looking to eat healthy try having oatmeal with milk and fruit for breakfast, a tuna or egg salad sandwich with an apple for lunch, and meat and vegetables for dinner, with some yogurt for dessert.  She offered that advice for free — a stark contrast, she said, compared to how much it costs the federal government to do the same thing, all on the taxpayers’ dime.

“It’s all healthy, nothing is processed,” she said.  “Americans really don’t know how to eat well. Our government is trying so hard to teach us to eat healthy, and it’s just not working.”