Domestic Violence Arrests Made Just Before the Holidays

Home /Crime/Domestic Violence Arrests Made Just Before the Holidays 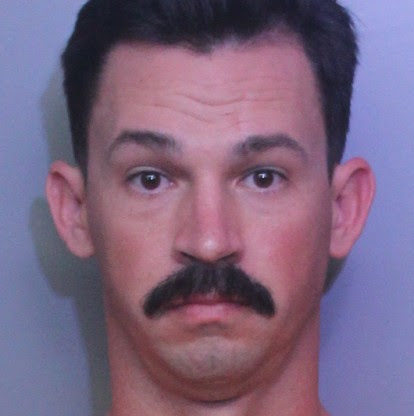 BARTOW — Two domestic violence arrests — including one case involving an elderly woman by a former law enforcement officer, and the other by a local firefighter  — and a warning by the Polk County Sheriff’s Office about jury scams is a sober reminder that not everyone gets into the joyous spirit of the holiday season in December.

“Hitting someone when you are angry is never acceptable,” said Polk County Sheriff Grady Judd. “If you feel yourself losing control, remove yourself from the situation before someone gets physically hurt — and you go to jail.”

The sheriff’s office also issued a warning from the Clerk of Court’s Office about reports of a jury scam, where a caller pretends to be from the local courthouse, says the person they’re calling missed jury duty, and now needs to pay a fine. If anyone in Central Florida gets a call like that, the sheriff’s office noted, hang up.

On Friday, Dec. 14, Polk Sheriff’s deputies arrested Murray Mitchell Harris, Jr., 32, of Winter Haven and charged him with one count of battery domestic violence, a misdemeanor. Deputies reported that Harris had “battered his girlfriend,” according to their arrest report. Harris is a lieutenant with the Haines City Fire Department.

Carrie Horstman, public information officer for the Polk County Sheriff’s Office, reported that what’s known about this incident is that Harris and his girlfriend “began arguing in the car while driving home from dinner. Once they arrived at home, the argument turned physical when Harris held her against the front door and punched her in the arm.

“The victim,” Horstman added, “had visible bruises on her arm where she was struck.”

Harris was booked in the Polk County Jail.

Man Arrested for Threatening to Kill His Wife

Horstman noted that “he battered and threatened to kill his wife, who is also 65 years old.”

The police affidavit noted that around 9:30 that morning, Gorberg’s wife “ran out of their shared residence screaming for help and shouting, ‘He is trying to kill me,’ ” Horstman wrote in her report. The woman’s screams prompted a neighbor to call the sheriff’s office.

“When deputies arrived, they learned Gorberg threatened his wife with a knife, choked her, and slammed her into a wall,” Horstman noted. “He also attempted to place handcuffs on her and wrap a rope around her neck, but she was able to escape and run outside.”

Gorberg refused to leave his home for nearly two hours after deputies arrived on the scene, and Gorberg’s wife told deputies he’s a retired law enforcement officer from New York.

“Once he surrendered to deputies, he was placed under arrest,” Horstman noted. “In light of the threats made and the suspect’s readily available firearms, he surrendered his weapons and ammunition to a family member who does not live with the couple, for safekeeping.”

Judd praised the neighbor who quickly altered authorities, saying “We appreciate the victim’s neighbor seeing something, and saying something, so that we could respond and help intervene in what could have been a deadly situation.”

Polk County Clerk of Courts Stacy Butterfield also sent out a warning to area residents about a new jury duty scam that  comes as either an email or phone call. Scammers claim to be an employee of the Clerk’s Office or a law enforcement official, and claim the intended victim missed jury duty and needs to pay money or provide personal information if they want to avoid being arrested.

“Sadly, scams continue to target our community and play off people’s intimidation of law enforcement and the court system,” Butterfield noted in a news release. “Please don’t be intimidated and don’t fall for these scams. Scrutinize every inquiry, no matter what agency it alleges to come from. Hang up or delete a message immediately if there’s suspicion of fraud, and contact the organization through its official phone number to verify the communication.”

Butterfield asked any potential victim of these scams to spread the word and “please notify your neighbors, friends, families and especially the elderly that scams have increased in our community.”

She noted that all jury summons are sent by mail, never by email, and that the Clerk’s office doesn’t call or email residents to request payment for missing jury duty.

Likewise, the Clerk of Courts won’t call or email residents to verify information about jury duty or notify them they missed their scheduled time in court. All communications are sent by mail, and if a resident has missed jury duty, a Failure to Appear notice will be mailed to them from Chief Judge Jacobsen of the Tenth Judicial Circuit.

Arrest warrants are not issued for failure to report for jury duty.

Butterfield also urged residents not to open an email attachment if they don’t know the person or business sending it, and avoid giving personal information out by phone or email. Polk County residents can also check to see if they’ve been called for jury duty online using the Jury Application System at Polk County Jury Duty.

Anyone who believes a scammer has contacted them is being encouraged to write down as much information about the call as possible and contact the Polk County Sheriff’s Office at 863-298-6200.