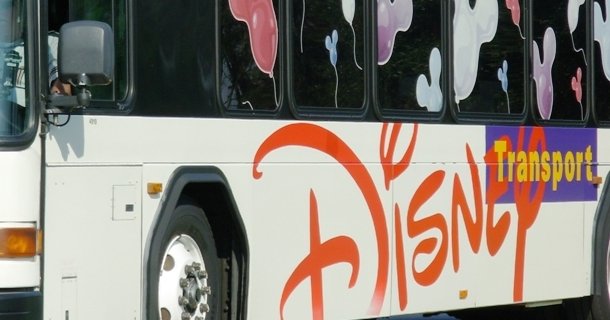 ORLANDO – When Jim Korkis was a teenager, he’d already become a huge fan of Walt Disney, his movies and legendary characters.

But one thing Korkis did that a lot of other kids his age weren’t doing was reaching out to the people who created all that Disney magic.  While watching “Walt Disney’s Wonderful World of Color” TV show in the 1950s, Korkis used to write down the names on the credits at the end of the program. And then he went a step further.

Living at the time in California, “I would look them up in the Burbank phone book,” Korkis said.  “I would phone these guys up.”

Then he’d ask if they were available to explain how they came to work for Walt Disney and made all those wonderful animated pictures.

“Eighty percent of them were really nice,” Korkis recalled.  “About 20 percent thought their friends had put me up to it.”

He scored a big coup when he managed to convince Disney legend Jack Hanna to sit down for an interview.

“The very first animator I interviewed was Jack Hannah, who was the director of a lot of Donald Duck cartoons,” he said.  “I was 14 years old.”

Today, Korkis lives in Orlando and spent more than a decade working as a cast member at World Disney World.  He’s also the author of “The Vault of Walt,” a book available through Amazon.com, which as he noted recounts a lot of anecdotes and stories about Walt Disney that simply haven’t made it into earlier biographies.

On Saturday, Korkis talked about his book, Disney history, and the public’s ongoing love of everything related to the Disney name at the Orange County Public Library in downtown Orlando.

“I have a huge collection of Disney books,” he told the packed crowd.  “Do we really need another Disney book?”

Korkis noted that he has more than a dozen Disney biographies in his own collection – but he felt compelled to write another one because he’s collected so many stories over the years from Disney animators, employees and cast members that he had a treasure trove of great ones to share.  He even divided the book into four sections – on Walt Disney himself, the theme parks, the movies, and then miscellaneous stories – and still felt like he had enough left over for a second book, which he’s working on now.

“These are stories that are fascinating,” he said.  “I had so many stories that I couldn’t put them all in one book.”

As part of his presentation, Korkis brought along videos of some of the early pioneering television commercials that Disney animators worked on – such as Tinkerbell introducing Peter Pan Peanut Butter that spreads so gently on bread, “and even on crispy potato chips.”

Or Br’er Rabbit from the movie “Song of the South” hiding in an American Motors Rambler, a car that offered the perfect escape from Br’er Fox and Br’er Bear, during both a heavy snowstorm and a hot summer day, because the auto had all season air conditioning.

“Aren’t these charming?” Korkis said.  “And the Disney company has no copies of them.”

Many of these commercials were given to Korkis by the animators he interviewed over the years.

“I met an awful lot of these people, and some of the commercials came from their personal libraries,” he said.

The commercials didn’t just sell products like cars and peanut butter, but also politicians.  The 1952 presidential election was between Republican Dwight Eisenhower and Democrat Adlai Stevenson, and as Korkis noted, Walt Disney and his brother Roy were staunch conservatives who were eager to help Eisenhower win.  Since the Republican Party had come up with a phrase, “I Like Ike,” the Disney animators put that into a commercial, which included a jingle.

The animation shows a patriotic-looking parade of Eisenhower supporters singing “You like Ike, I like Ike, everybody likes Ike,” and midway through, Stevenson is seen riding the other way on a donkey, while the crowd sings, “And Adlai goes the other way.”

“This commercial would run sometimes over 100 times a day for two weeks,” Korkis said.  “And of course, Dwight Eisenhower won.”

It’s anecdotes like this, he said, that should not only be preserved in books like “The Vault of Walt,” but also shared with others.

Korkis is known by many Disney fans as a Disney historian – a term he felt compelled to define.

“One of the questions I often get asked is what the heck is a Disney historian,” he asked. “It doesn’t help you get a date!”

Korkis said it’s similar to a library’s archivist – someone who gathers material, then catalogs and preserves it.

“What a Disney historian does is take that material and connect the dots,” he said.  “Stories are how we structure information and transfer information.”

He found, as he went to work at Disney, that the stories just kept coming – more and more of them all the time.

“I started to realize the more I was talking to Disney cast members, a lot of these stories had gotten lost,” he said.  “A lot of this stuff never got documented.”

To order a copy of Korkis’ book online, visit http://www.amazon.com/Vault-Walt-Jim-Korkis/dp/.

In-Cite by John DiDonna: Vitriolic Rhetoric
Tea Party Chair recalls the hate speech she endured during her own campaign.