Creative Village Holds Out Hope For a Downtown Orlando Revitalization 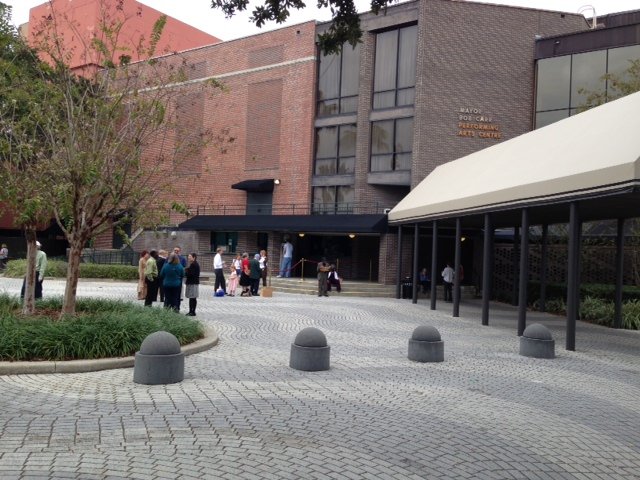 There’s a lot of buzz going on now in Downtown Orlando, a city experiencing a major growth spurt as the local and national economy is booming. And very few local projects have generated as much excitement and anticipation as the one known simply as Creative Village.

Without a doubt the top project in downtown Orlando, the 68-acre Creative Village is going to be anchored by an innovative new campus for both the University of Central Florida and Valencia College.

But that’s not the only project being developed there. Considering that the new campus is expected to serve up to 8,000 students when it’s completed by the fall of 2019, a lot of businesses, artists and entrepreneurs see the area as being ripe for new investments and opportunities.

That’s certainly a lot of students expected to be living, studying and working in the village and the surrounding area. This campus, though, is likely to spur a considerable amount of additional development in and around Creative Village, offering everything from new commercial and residential developments to public parks and green space.

This is a project likely to energize the regional economy and help attract more people to live and work in Central Florida. And that’s expected to provide a significant boost to the region’s housing market as well.

What is the Creative Village?

Located off Livingston Street just two blocks from the heart of downtown Orlando on Orange Avenue, the project known as Creative Village is going to replace and redevelop the former Amway Arena and Orlando Centroplex site.

Eager to maximize the best use of this site – which still contains the Bob Carr Performing Arts Center, home to the Orlando Philharmonic Orchestra and the Florida Symphony Youth Orchestra – the city pursued a plan to make education a cornerstone of the new Creative Village by building a new UCF/Valencia Downtown Campus. Once completed, the campus is expected to dramatically transform the downtown, making this site the academic heart of Orlando, while helping transform Orlando into a more innovative, high-tech and creative economy.

Downtown Orlando already has a growing digital media industry, and the new campus should bolster that by attracting new businesses within this field. UCF Downtown plans to offer degrees in digital media and communications, as well as health information technology. These are highly skilled positions that are increasingly in demand today. UCF-Downtown also plans to create a new school with a focus on content creation, digital art, and communication for the 21st century.

Another addition to Creative Village will be a 15-story tower with 126 units to house the students. The tower will have 115,000 square feet of commercial and educational space, with 48,000 square feet being leased to UCF and 55,000 square feet to Valencia College. That’s expected to include a test kitchen for Valencia’s culinary program.
There’s also going to be a nine-story parking garage at the Tower, which will open in the fall of 2019.

That’s a lot of construction-related jobs on the way. However, the new campus and tower are expected to spur additional development within the immediate area. That’s expected to include:

There are also expected to be new services added to the neighborhood, including grocery stores, full service banks, and new health care facilities.

In addition, the Parramore neighborhood — currently home to Orlando Technical College and Florida A&M University Law School — is also getting a new preschool through eighth grade community school. The new UCF/Valencia Downtown Campus will add to that educational mix.

How will this project impact the rest of Central Florida?

While education is a pivotal part of Creative Village, even those who already have a degree are expected to enjoy the long-term benefits of this project. As the city has noted, Creative Village, once completed, is expected to generate more than $10 million in annual property tax revenues, which will be used to support municipal services.
And as a new urban neighborhood, Creative Village’s daytime population of 10,000 educators, business owners, professionals and students are expected to become a healthy draw for new businesses, spurring additional economic development throughout the city.

And likewise, area residents who live outside Creative Village will be able to enjoy the new parks, green spaces, art projects and entertainment provided there.

And something else that’s going to be important here is transportation.

Creative Village is right next to the LYNX Central Station, which provides city buses and also hosts a station for the SunRail commuter line, which now covers three Central Florida counties – Volusia, Seminole and Orange – and is being expanded to include Osceola County as well.

That means residents and workers in Creative Village have access to these public transportation options. However, Creative Village is going to impact the LYNX station in another way. Creative Village development plans include the expansion of the LYNX LYMMO bus circulator system, a Bus Rapid Transit service that provides a non-congested route downtown to major destinations.

That’s going to help make Creative Village one of the largest transit-oriented developments in the South.
The benefits of Creative Village are expected to extend well beyond downtown Orlando and the city limits. The region already has a very healthy economy. Orlando added 42,000 new private-sector jobs in the past year, according to the governor’s office. That’s brought the unemployment rate in Orlando down to a low of 3.3 percent, well below the national average of 4.1 percent.

A project like Creative Village is only going to make the region even more appealing to newcomers, from students who want to attend UCF-Downtown to entrepreneurs eager to start up their own company close to the campus, to residents relocating here in search of the jobs being generated here. It’s a win-win situation all around.
That’s also going to increase the need for new homes in the area for those looking to settle down here and start a family.

As the city of Orlando continues to grow and the economy gets stronger, all eyes are now on Creative Village and the enormous benefits it offers to the region, from jobs to expanded business opportunities and transportation improvements.

Virtual Reality is the new, Creative Way to Market Homes
From Hotel to Museum: The Unique History of the Wells’Built