Chihuahua Stuffed in Plastic Bag and Tossed in a Dumpster, Sheriff Says

Home /Crime/Chihuahua Stuffed in Plastic Bag and Tossed in a Dumpster, Sheriff Says 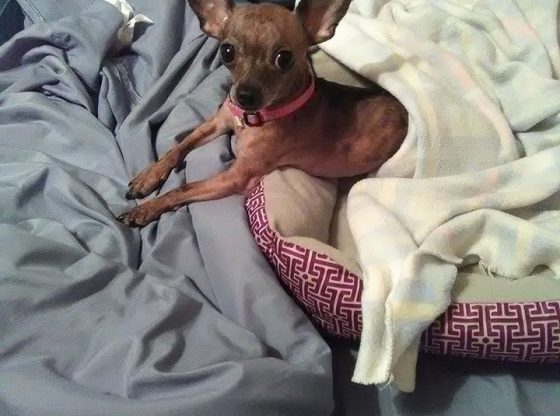 From one photo alone, it’s clear that Diamond seemed to have a skill for casting just right the expression while posing for the camera.

And tragically, Diamond is gone now, after having been left to die — in a trash dumpster.

And that cute little dog got there, the Polk County Sheriff’s Office said, after the dog’s owner stuffed the animal in a plastic bag and tossed it into that dumpster.

Polk County Sheriff Grady Judd said he was stunned at the cruelty behind the owner’s actions.

“I don’t know how anyone could do this to a pet,” he said. “This woman stuffed an innocent creature into a bag and left it to die when all she had to do was give it to someone or surrender it to Animal Control, no questions asked.

“Because of her selfish action,” he added, “the dog has now passed away. I commend the people who did their best to try and save her.”

On Saturday, Polk County Sheriff’s Office deputies responded to an unusual call: about a dog crying in a dumpster.
That started this animal cruelty investigation at 4073 Mahogany Run in Winter Haven, noted Sherrie Morgan, public information officer for the sheriff’s office.

“Two people in the area heard a noise that sounded like a dog coming from a dumpster behind an apartment complex,” Morgan noted in her report.

“One dove inside and pulled out a sealed trash bag containing a brindled colored Chihuahua wearing a pink collar.”

Polk County Animal Control responded to the scene and discovered a microchip implant on the dog. That chip showed Diamond was registered to a local woman named Shawkimo Anderson, 41.

Deputies were able to locate Anderson, and Morgan said she offered conflicting stories about what had happened.

“She told them she gave her dog ‘Diamond’ to a lady two months ago,” Morgan wrote. “She then retracted her story and admitted to sealing the little dog in the trash bag and putting it in the dumpster.”

According to Morgan, Anderson told deputies she did that because she could no longer afford to keep Diamond, her pet for the last four years.

Anderson was arrested and charged with aggravated animal cruelty and was released from jail on a $1,000 bond.

Sadly, Diamond later died while in the custody of Animal Control. A necropsy will be done to determine the exact cause of death.

Morgan noted that Anderson doesn’t have a criminal history.

Exercising at Home: Staying in Shape Outside the Gym
If Electronics Are on Your Holiday Shopping List, Remember to Recycle