“Chameleon,” a mind-bending trip (read) into a fantastic universe 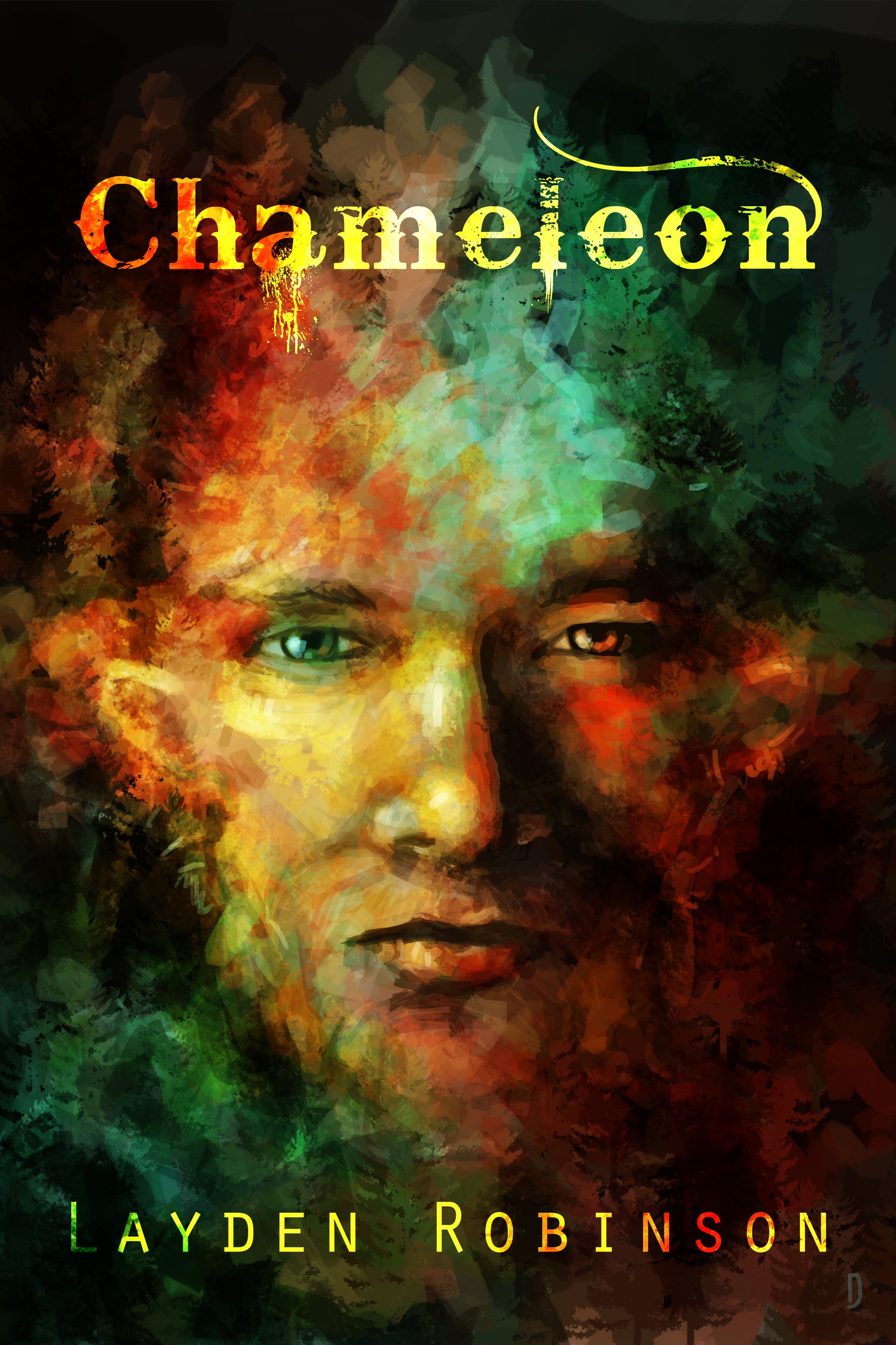 The narrator of author Layden Robinson’s book “Chameleon” reaches out to us from a bleak and seemingly hopeless place: the prison where he sits watching the night sky. Stuck in solitary confinement, his sense of madness gets worse when he starts to hear something in the darkness, clawing at the walls that are holding him captive. As our narrator puts it, “I could feel myself start to scream silently …”

He’s in a barn — a warm and inviting place, one he rushed into to avoid a massive storm that’s struck the area. He’s fine in there watching the storm rage outside, until he starts to sense something behind him … lurking in the shadows, watching him ominously. His worst fears are realized: it’s a vampire towering over him, nine feet tall, moving closer …

The little boy, no more than 10 years old, is standing in front of him, staring up at our narrator, and curiously showing no hint of emotion. It’s only when our narrator reaches out to the boy, starts communicating with him, that the child tells the story of how he hid in his family’s basement, knowing that upstairs, “they” had shown up and proceeded to murder everyone in the house, including his mother, father and sister ….

At this point, you might be asking, which story are we reading?

“Chameleon” follows our narrator through a series of seemingly unconnected episodes, sort of like an epic journey into a “Twilight Zone” world. But the question is: where exactly is this journey happening? Is it the world we know, or someplace else entirely?

There are references to the “Voodoo Swamp Land” and later to New England — the mythical versus the well-established — and pop culture references like Led Zeppelin, The Doors and Eleanor Rigby. Along the way we are riding trains, breaking out of prisons, and going back to the home we grew up in; but every time you start to feel the real world establish itself, it vanishes in a split second.

Another pop culture reference, to the Spanish surrealist artist Salvador Dali, may be the most instructive. If you know Dali’s work, chances are you have a head start on where “Chameleon” is taking you.

And that’s a part of the great fun and challenge of “Chameleon” — allowing yourself to fully settle into this alt universe and accept it on its own terms. With each new chapter, you’re likely to pause for a moment and ponder some questions:

Is the writer recording his dreams for us?

Is he suffering from some kind of mental breakdown, or is he flipping out on drugs, and are we inside his head experiencing it with him?

Or is the narrator simply in another, fantastical world bearing only the most limited resemblance to ours? Once you decide you’ve figured out what’s happening, chances are the next chapter will challenge that perception.

Despite the bizarre, sometimes ominous, and occasionally quite humorous situations that our narrator gets into, he maintains a calm, cool, demeanor, as if to suggest that a gigantic vampire in the barn or the strange appearance of the Mystic Woman who communicates telepathically with him, is simply one of those things you experience in life — kind of like a long line at Starbucks when you’re in a rush, or a really bad concert that you paid premium bucks for.

“The dream always began the same way,” the narrator says at one point, “I awake upon a desolate country road with the brisk, curious morning air caressing my bare body. I was alone, slightly confused, but at peace.” The reader might feel the same.

And perhaps the most interesting part of the book is when our narrator introduces us to his father, a man he admits worshipping as a child, and who has his own inner demons.

If anything, “Chameleon” is anything but predictable and doesn’t feel like a carbon copy of somebody else’s work. It feels wholly original, and if you enjoy the challenge of being tossed head first into a universe you’re not likely to recognize, then asked to sink or swim, this is the book for you.

Remembering the Artistic Genius of France’s Roland Topor
Review: If a storm’s a brewing, take shelter in “El Wiz”