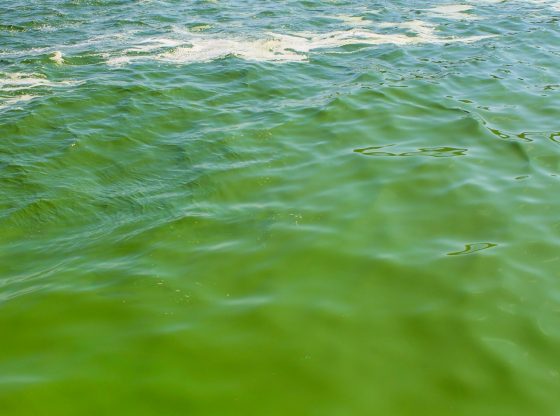 It’s highly unlikely that anyone is going to be thinking nervously about the water they drink the next time they use their laptop or smartphones. Researchers, though, are well aware that a link exists between the two.

And this holiday season, when people tend to buy a lot of electronics and then toss out the older models, may be the time of year when we need to be most strongly aware of the health and environmental risks that e-waste poses.

In an era when people replace their laptops, smartphones and other electronics on a regular basis, and simply throw away the old versions, researchers are concerned about the documented links between the rising amount of discarded e-waste and its impact on human health. That includes water pollution directly caused by electronic waste.

This is no small concern. The chemicals inside discarded electronics can pose serious environmental and health risks if they leak out into the soil and groundwater once they get placed in landfills. Researchers have already linked e-waste to adverse effects on human health.

That includes inflammation and oxidative stress, which are precursors to cardiovascular disease, and potentially cancer.

Considering the massive amount of e-waste that gets discarded on a yearly basis, this problem might seem overwhelming. But understanding the health risks has actually helped lead many states – not to mention countries across the globe — to begin searching for solutions. Those health studies have also prompted more governments to get actively involved in regulating how electronics are processed at the end of their life cycle.

This is why some states are taking the step of banning e-waste from going into regular trash and ending up in landfills. There’s a strong push now to recycle these products instead, through e-waste recycling firms that will take your used electronics and allow the individual parts to be reused in new products.

How can e-waste pollute our water?

Today, there are so many different kinds of E-waste products that have reached the end of their life cycle, and that are being replaced by consumers as more advanced versions become available. That can include computers, printers, televisions, monitors, m3p players, faxes, and mobile phones, among many others.

The amount of e-waste being recycled continues to grow each year and now exceeds 20 million tons worldwide, as more and more of these items get damaged and no longer work, or when advanced technology makes them obsolete.

This has become a worldwide problem. There are chemicals contained within these products that can easily become pollutants once they get released from e-waste. And, left in community landfills, they have the potential to accumulate in large numbers and begin to pollute our soil, our air, and the groundwater.

Pouring all those devices into open spaces had been proven to be highly toxic. Environmental pollution poses a serious risk to people. If these toxins get into the water, there are a lot of documented health problems that people exposed to them will develop, including:

One chemical commonly found in these devices is chromium, which can lead to rashes, stomach illnesses, and even lung cancer.

Mercury, another commonly used chemical in these electronics, can damage your brain and nervous system.
If these products are being used in your home, there’s no risk of contamination. It’s only when they get tossed into landfills and mix with other trash and break, that these toxic metals come off and become deadly. When compounds like chromium and mercury get fused, that’s when they start to release toxins into the air, soil, and water.

The data on this issue is clear to everyone. Ignoring the overwhelming ecological cost associated with the dumping of electronics is no longer an option.

Fortunately, there are better solutions.

How can we tackle the e-waste problem?

Since it’s become clear just how risky and dangerous e-waste dumps are for the environment and for the people living near those landfills, state governments are responding with new regulations for how e-waste is handled in an effort to reduce those health issues.

And while some states have banned their products from going in with regular household trash, the question is what to do with that e-waste – especially at a time when technology is promoting consumers to replace their aging electronics on a regular basis, rather than hold on to them for years.

The answer has been recycling. A growing number of states are now promoting recycling, either by establishing state funded recycling centers, or providing incentives for consumers to recycle their old electronics in the same way they recycle plastic bottles and cans.

It isn’t just the state and municipal governments working to address these issues. The private sector is responding as well. Private companies like Great Lakes Electronics Corporation collect and recycle unwanted electronic devices that have become obsolete at no cost to the owners.

Great Lakes Electronics Corporation is also a company that strongly promotes environmental protections. The company is run by people who care about the environment, and have continuously worked to improve the recycling process so their workers can become strong and effective stewards for the environment.

The work that they do helps promote the reduction of hazardous substances that are commonly found in certain electronic products sold worldwide.

There’s no longer any dispute about the risks posed by e-waste that is not being recycled and is ending up in community landfills. The chemicals within those products pose serious dangers to the soil, air and water, and those chemicals can also threaten the people living nearby. A growing number of serious health problems have been associated with the chemicals within e-waste, like mercury and chromium.

Recycling electronics is the obvious solution, and that’s why states are quickly trying to catch up and pass laws that promote recycling of these products, so the parts can stay out of landfills and instead can be used again to manufacture new devices.

Education is one of the key factors here. The more consumers get the message that throwing used electronics in the trash is a serious mistake, the higher the number of consumers who recycle e-waste will be. We all have a role to play in coping with this challenge.

Great Lakes Electronics Corporation will ensure that recycling continues to be a solution to the environmental and health risks posed by e-waste. Give them a call today at 888-392-7831 to request a quote.