At Air Orlando, safety is at a premium.

Home /Business/Finance/At Air Orlando, safety is at a premium. 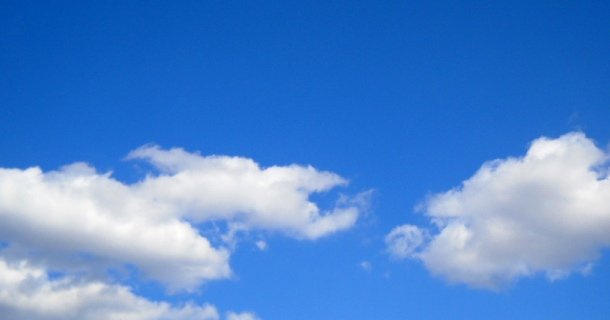 ORLANDO – The first question that John F. Painter always gets asked is a familiar one: is it something that’s safe to do?

Anyone was got in their car, fought traffic and drove over to Crystal Lake Drive to visit Painter’s office, he noted, should keep in mind that getting behind the wheel of a motor vehicle always has been, and will continue to be, a lot more dangerous than flying.

“I’m always asked, ‘Is flying safe?’ “ said Painter, who operates the flight school Air Orlando Aviation, Inc. at 319 N Crystal Lake Drive in Orlando. He suspects the question comes from media coverage of plane crashes that make people feel too scared or vulnerable to fly – even though television coverage of fatal car accidents doesn’t stop anyone from getting in their car the next morning.

“Somehow when an airplane accident occurs, it really sticks in our minds, and makes it seem more dangerous than it is,” Painter said.  “More often when an accident occurs, it’s the pilot who could have intervened and done something about it.  It goes back to the judgment of the pilot.  Judgment is absolutely essential.

“One of the notions we teach,” he added, “is that flying is really risk management.  The pilot has a ton – a ton – to do with it.  Flying is not forgiving if you make bad choices.”

That’s one of the lessons Painter teaches at Air Orlando Aviation, which was incorporated in September 2002.

It can, however, make for a very strong employment option in an otherwise weak economy.  As Painter noted, aviation represents a wide number of possible career paths.

That includes becoming a commercial pilot for one of the major airlines, going into corporate jet aviation, flying for charter companies, flying missionary airplanes overseas, joining the military, using those skills to work for local law enforcement, joining the Coast Guard’s Drug Enforcement Agency patrols, doing Medivac rescues, and working for the American Red Cross – all good options for those who can fly a plane.

“The careers are amazing and diverse,” Painter said.  “Aviation can be the enjoyment of flying, something you want to do on the weekend.  It can also be a lifelong career, something that can be very rewarding.   For those people that want to do it, it’s a great thing to do.”

Painter recently spoke about what it takes to become a professional pilot during a program at the Orange County Public Library.  Painter said he started training to get a pilot’s license in 1985.

“Most of the people who become our clients live locally, have a job, and want to fly for pleasure,” he said.  “We also rent airplanes.  Those people can come to Air Orlando and rent a plane for pleasure.  People have a lot of fun.  We also manage airplanes and have a charter company.”

Charter flights have become a popular alternative to booking through the major airlines, he noted.

“Let’s say I want a plane to take me from Orlando to Miami, and I don’t want to take a commercial flight,” he said.  “A lot of business owners use charter flights because there are a lot of places that are not convenient to get to on a commercial flight.  You can fly down, conduct your business, and be home in time for dinner.”

“I’ve interacted with people since 1985, and heard a lot of reasons why we learn to fly,” he said.   “For most people, there’s a certain level of passion that drives them to do it.  For many people who fly, there’s a distinct passion.  Since I was knee high, there was no way I was going to go through life without learning to fly.  When we talk to our customers, many of them feel that way.”

The average age of Air Orlando’s customers is between 20 and 45, he said, and some want to train to become professional pilots.  Air Orlando has also done training for the Federal Aviation Administration, and the company has submitted a proposal to do training for the Air Force.

But not everyone who applies wants a career.

“I’ve heard people say ‘I want to use it for pleasure travel,’ “ he said.  “I’ve heard people say, ‘It sounds so cool to fly.’  If you don’t have that drive, you’ll probably find it too time consuming or too costly.  It takes a lot of effort and I don’t want to undersell that.  It does take a lot.”

Getting a commercial pilot’s license, Painter said, can cost between $55,000 and $60,000, and in these days of tight credit, it’s a challenge for some of his customers to secure a bank loan for this purpose.  Painter recommends they simultaneously enroll in Utah Valley University to get a two year degree while also taking flight training from Air Orlando Aviation.

“What that allows them to do is get access to student loans,” he said.

Not all of the instructions are done in the air.  Painter said students can also expect to study physics – how planes fly – and engineering, including how the airplane system works.

They study math to learn how to navigate long distances; geography to find where places are and how to read maps; and meteorology, which “is a big part of it,” Painter said.  “Understanding the basics of weather and how things happen is very important.  You learn that because it helps you make better judgments on when to fly.”

Most of all, he said, students learn how to operate safely.

“Every rule has its roots in safety,” Painter said.  “One of the great things about the U.S.  is we have more freedom to fly than anywhere else in the world.”

At Air Orlando, he said, “You learn techniques for controlling the airplane, but the biggest thing you learn is responsibility and judgment.”

It’s also a great field, he said, for women.

“Is it for girls, or is it a guy thing? Girls make great pilots, and in some ways, better pilots,” Painter said.  “Men are more ego driven.  We’ve trained many women, and often they’re very good.  They’re more inclined to show good judgment.”

Freelining with Mike Freeman: The woes of a careful driver.
Despite its small size, Tavares becomes a hub for intermodal travel.