Arrest Made in Tragic Hit And Run in Winter Haven 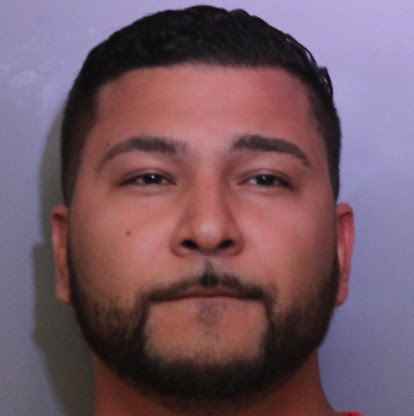 WINTER HAVEN — An elderly man, helping several neighbors to clean the roadside by the development they lived in, was struck by a car earlier this month, and Polk County detectives have arrested the man they say was responsible.

Brian Bruchey, public information officer for the Polk County Sheriff’s Office, noted that on Tuesday, detectives arrested Ricky Perez, 28, of Plant City. The investigation started on Oct. 6, when the sheriff’s office was alerted that 74-year-old Larry Schlosser had been hit by a vehicle while cleaning the roadside at his community on Old Lucerne Park Road in Winter Haven.

* Leaving the scene of a crash with serious bodily injury, a felony;

He was taken to the Polk County Jail.

it was the passenger riding in Perez’ vehicle who helped incriminate him. Polk County Sheriff Grady Judd said this case shows that witnesses can make a huge difference when it comes to solving crimes.

“Credit goes to the eye-witnesses who were able to give great descriptions of the truck and driver, and to those who provided us tips and valuable information, because the driver clearly wasn’t doing what was right,” said Judd. “People saw something, and said something. Now we can only hope and pray that Mr. Schlosser can make a full recovery.”

Why Was Perez Arrested?

Bruchey said detectives were acting on a tip from the public when they located the damaged 2018 Chevy Silverado pickup they now believe Perez had been driving on Santa Rosa Drive in Winter Haven the day after the crash.

“He denied driving the truck at the time of the crash, or knowing how the truck was damaged,” Bruchey noted, adding that “detectives obtained a search warrant and seized the truck for forensic processing.”

Then on Oct. 8, detectives interviewed Emanuel Fernandez, who confirmed he was the passenger in the truck at the time of the crash. Fernandez also confirmed that Perez had been the driver.

Fernandez told detectives they had been drinking before the crash, and Perez wanted to visit his mother’s grave in Rolling Hills Cemetery, which is next door to Four Lakes Golf Club, where Schlosser lives.

That’s also where Schlosser and four neighbors were picking up trash when he was struck and injured.

The witnesses reported that the Chevy Silverado had been speeding and weaving when the accident occurred.

What Else Did Emanuel Fernandez Tell Detectives?

Fernandez told detectives that Schlosser had been wearing a traffic vest when he was hit. Fernandez also said he told Perez that he had just hit a man and should go back there, but Perez refused.

Finally, Fernandez gave detectives access to his cellphone. It contained text messages between Fernandez and Perez dated Oct. 7. One of the exchanges was particularly interesting to detectives.

FERNANDEZ: “You seen it?”

PEREZ: “I already moved it.”

The sheriff’s office also noted that Perez has a prior criminal history of four misdemeanor charges. They are:

* Allowing Alcohol/Drugs to be served to minors at an open house party, 2 counts;

* and Possession of Drug Paraphernalia.