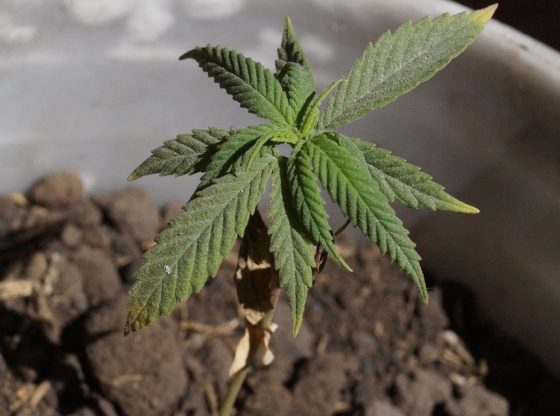 ORLANDO — The argument over legalizing marijuana often comes down to the economic benefits. There’s no question that the benefits of legalizing weed have included jobs, tax revenue, and economic growth in big numbers for states with legal marijuana.

The largest state to legalize weed, California, is expected to generate more than $15 billion in sales revenue and $3 billion in tax revenue from that decision. Another legalization state, Massachusetts, is expecting tax revenues from marijuana sales in the range of $50-60 million. Not too shabby.

That’s been a pretty strong carrot for legalization supporters to be dangling, particularly as public support for legal marijuana is soaring.

But it’s not the only argument that advocates bring to the table. There a number of other benefits to cite, impacting our public health, mental health, our environment, and even improvements in the workplace. Those who favor the legalization of weed have no problem these days citing multiple benefits for legalization.

What Are the Top Benefits of Legalization of Weed?

New studies reinforce the notion that legalizing weed has been good for local economies. Wisconsin is now debating a bill to legalize medical marijuana. Doing so would give the state a $1.1 billion economic boost over the first five years, according to study by graduate students at the La Follette School of Public Affairs.

They found an economic benefit in the range of $233 million in the area of health care, from patients purchasing medical cannabis, which isn’t eligible for insurance coverage. Based on data from other states and from Canada, the research concluded that the average patient prescribed medical marijuana would buy about 16 grams each month at a cost of about $10.50 per gram, or $168 a month.

The study also concluded there would be an additional $30 million benefit to the state by decriminalizing small amounts of marijuana, with those savings coming from reduced criminal justice costs.

And since the focus of the study was on medical cannabis use, it also concluded that up to 75% of people who would use marijuana for health reasons would be doing so for chronic pain treatment. The research concluded that the medical benefits of the use of marijuana and from legalizing weed are genuine, and that lives would be saved from opioid overdoses, based on the percentage of people currently on opioid pain medication who could switch to medical cannabis.

Wisconsin residents seem to be getting the message. Polls show that 83% of Badger State residents support the legalization of medical marijuana, while 59% also think recreational use should be legal.

The Wisconsin study only focused on medical marijuana, but states like California are already experiencing some healthy financial benefits from legalizing recreational pot as well — and not just from the sale of weed and the tax revenue it generates. California officials report a significant drop in criminal justice costs, since the state is no longer prosecuting and incarcerating millions of non-violent marijuana users. Legalization has actually become a public safety issue here, providing much-needed relief to an overburdened federal and state prison system there.

And how about the numerous environmental benefits? In states where weed is still illegal, growers have gone to rural areas where they’ve often used dangerous pesticides, causing damage to local land and its ecosystems.

Legalization, on the other hand, shifts growers from remote areas to urban ones, reducing the strain on public lands and requiring them to now meet higher environmental standards for the use and disposal of toxic substances.

Legalization across the United States would also reduce the environmental impact of smuggling weed across the U.S./Mexico border, cutting down on the cartels’ use of environmentally toxic generators and diesel storage tanks in their operation. The legalization of weed moves the production of the cannabis plant out into the open; that also reduces the energy costs used to keep their illegal indoor growing operations lit up by artificial light.

With legalization, plants could be naturally lit by the sun.

And it would eliminate efforts by law enforcement to bust sites by using harsh chemical herbicides targeting where the weed is being grown.

And another potential benefit: a safer workplace.

Their conclusion: that it was likely about workers using cannabis rather than more dangerous substances.

Are These Arguments Having an Impact?

The benefits of legalizing marijuana may no longer be a tough sell. Just check with the states that have already done it.

Today, more and more states are moving to legalize marijuana use, whether for medicinal or recreational use, or both, often with strong support from the public. And within those states, there’s been a fast-growing marijuana industry made up of legal cannabis companies. They includes:

* Research/development of cannabis-based medical products
* Those who grow weed
* Distributors
* Those who create marijuana products for the industry (packaging, accessories, etc.)
* Those setting up marijuana nurseries

And as sales have soared, states like Colorado and Washington are seeing a big jump in tax revenue. In 2015, Colorado collected more than $135 million in taxes and fees on medical and recreational marijuana, based on sales that totaled more than $996 million. A report from the Colorado State University-Pueblo’s Institute of Cannabis Research found the legal cannabis industry contributed more than $58 million to the local economy, primarily through taxes and other fees. Colorado now brings in more tax revenue from marijuana than from alcohol.

Colorado isn’t an isolated case. An RCG Economics and Marijuana Policy Group study found that Nevada could gain 41,000 jobs and generate more than $1.7 billion in labor income from legalization.

The legalization of marijuana nationally could also boost investment portfolios, allowing marijuana companies to list their stocks on all U.S. exchanges. And there would also be lower costs, adding up to billions of dollars in savings, from the elimination of federal anti-marijuana law enforcement costs. (Up to 600,000 Americans get arrested for marijuana possession each year, which comes out to more than one person per minute.)

There are still plenty of critics of the legalization of weed, including those who warn that it could lead to medical emergencies such as traffic injuries and deaths from driving while high.

But a recent study refuted that, reporting that traffic deaths fell 11% on average in states that legalized medical marijuana. That study from the University of Oregon at Eugene found that drivers under the influence of marijuana tend to be more cautious and take fewer risks than drunk drivers. The National Highway Traffic and Safety Administration concurred; their website noted that “Some drivers may actually be able to improve performance for brief periods by overcompensating for self-perceived impairment.”

Today, more than 128 million people — more than half of all U.S. adults — have tried marijuana. As their numbers grow, it’s likely that a growing number of states will join the ones that have already legalized marijuana for medical or recreational uses.

Now the question is whether the federal government will follow suite and change its drug policy at the federal level, finally removing cannabis from the list of controlled substances that are illegal.