Ambitious Musical The Hunchback Of Notre Dame is Terrific

ORLANDO — Ever since it first got published in 1842, Victor Hugo’s novel The Hunchback Of Notre Dame has inspired movies, operas and ballets, even comic books and video games, although the saga of hunchback Quasimodo and his love for the Gypsy street dancer Esmeralda may have received its biggest commercial boost and mass exposure when Disney Studios chose the book as the unlikely source for an animated movie in 1996, which drew high praise and earned $325 million worldwide.

A highlight of the film was the music by  composer Alan Menken and lyricist Stephen Schwartz, which later became a stage musical by Walt Disney Theatrical in 2013. If you enjoyed the Disney film but are unfamiliar with the stage musical, head over to the Lowndes Shakespeare Center today to see a rousing and ambitious production of the musical being staged by Little Radical Theatrics.

The theater company, which will be staging Jesus Christ Superstar in January, appears highly determined to provide quality musical entertainment in Central Florida. From the looks of The Hunchback Of Notre Dame, they’re definitely up to the task.

What is The Hunchback Of Notre Dame The Musical?

Menken, who wrote some timeless songs for Disney films such as Beauty And The Beast, did some outstanding work with Schwartz on the Hunchback score, including the stirring opening song “The Bells Of Notre Dame” and the lively, energetic “Topsy Turvey,” so it made perfect sense to use those tunes for a stage musical, complete with new songs by the original composers. Watching the show on Saturday in the Lowndes’ Mandell Theatre, I was struck by how the play jettisoned most of the cuteness and corny jokes that Disney used in their film, and offers a much darker version of the story that matches Hugo’s original concepts.

Besides recalling how good the Menken songs are, one of the real pleasures of the stage musical is the impressive vocal talents that Little Radical Theatrics and their director, Travis Eaton, brought to this production. With a cast of nearly 30 performers, they collectively create a fabulous chorus that makes for a wonderfully entertaining show. You know this musical is going to be good when it opens with “The Bells Of Notre Dame,” performed beautifully by Stephanie Viegas, whose soaring voice pulls you right in from the start.

The musical follows the original story closely, nicely capturing its pathos (the lonely Quasimodo living in the bell tower, making friends with the statues that he thinks can talk to him), cruelty (the brutal Archdeacon Claude Frollo, whose sexual frustration leads him to target the city’s Roma for extinction), rebellion (the gypsies who fight back against law enforcement) and, of course, tragedy – far more so than in the Disney film.

It’s the ideal stuff for a musical, and Eaton and the Little Radicals demonstrate they know how to make it work.

How Was The Cast in This Production?

The show, which has performances today at 2 and 7 p.m., has some outstanding casting here. Jonathan Barreto couldn’t be more picture-perfect as the innocent and childlike Quasimodo, whose subservience to his master Frollo masks an anger burning within him to stop enduring his abuse, and he’s matched by Vanessa Dominquez, who is fiery and defiant as the beautiful gypsy dancer Esmeralda.

Jeremiah Leslie does a fine job playing police Captain Phoebus De Martin, who realizes too late that Frollo’s vicious behavior toward the Roma population is a tragic mistake. All three are not only immensely talented singers, but first rate actors as well.

And it would be hard to improve upon the performance by Landon Summers, who has the meaty role of Frollo, the ambitious but devastatingly cruel Archbishop. Summers creates a surprisingly complex figure, a man who is highly intelligent, cultured, and charitably decides to raise Quasimodo as an infant rather than watch the child die. And Summers has no better moment for showing Frollo’s dual nature than in the song “Hellfire,” where Frollo wrestles with his burning sexual desires — one of the most uncharacteristically adult-oriented songs in any Disney animated film. Summers gives a highly engaging rendition of that one.

The entire cast, though, right down to the smallest roles, deserves credit for their work on this production and in creating some very memorable musical theater.

Where Can I see The Hunchback Of Notre Dame The Musical?

The Hunchback Of Notre Dame the musical is being performed today at Lowndes Shakespeare Center, 812 E. Rollins St. in Loch Haven Park, with shows at 2 and 7 p.m. The play runs for 2 and a half hours with an intermission. 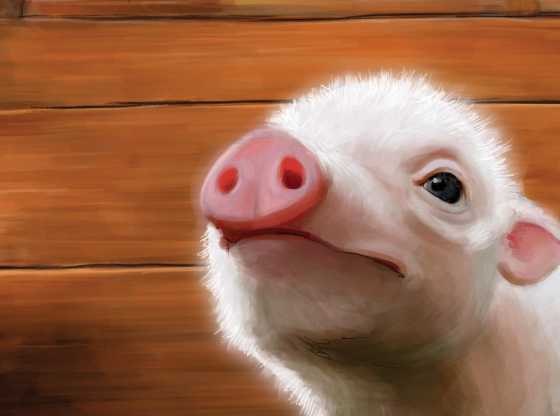