Age of Aquarius: Flashback to “Valley Of The Dolls”

Home /Entertainment, Media, Opinion, Reviews/Age of Aquarius: Flashback to “Valley Of The Dolls” 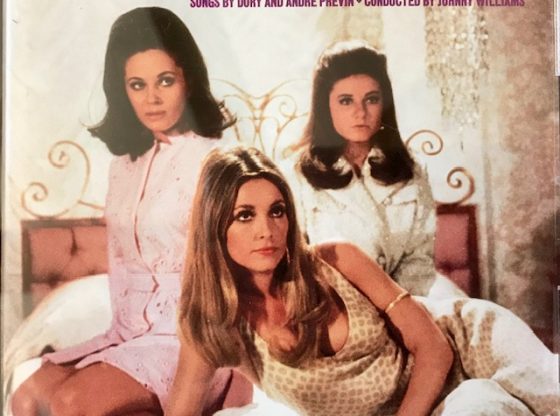 Editor’s Note: Dec. 15 1967 was the release date of the movie “Valley Of The Dolls.” A box office hit, it got some notoriety in August 1969 when star Sharon Tate was brutally murdered by the Manson Gang. On its 51st anniversary, there’s a wide range of opinions on the film, from one of the worst movies of the 1960s to one cherished by gay audiences to a camp classic to an underrated look at Hollywood’s dark side. Editor Michael Freeman weighs in on this debate as he looks back at the movie.

There was a great deal of fanfare in the mid-1960s when 20th Century Fox announced it would produce a film version of the book “Valley of the Dolls.”

The novel had been a best seller, and the studio lined up some top talent behind the scenes. The director, Mark Robson, had been behind Academy Award-nominated pictures like “Champion,” “The Inn of the Sixth Happiness,” and the glossy soap opera “Peyton Place.” Major performers like Patty Duke (who had won an Oscar for best supporting actress for “The Miracle Worker” a few years earlier), Lee Grant, and Susan Hayward signed on.

John Williams, who went on to score many of Steven Spielberg’s movies, wrote the music, and Burt Bacharach composed the theme song. With that much talent behind the camera, the studio execs probably had every reason to think the movie would be a classic.

That it was, but not quite in the way the studio at first envisioned. Rather than a hard-hitting look at the dangers awaiting starry-eyed young women who move to the big city looking for fame and glamour, the studio got one of cinema’s biggest duds, a turkey routinely dismissed as being right up there with the worst trash Hollywood ever produced.

What happened? Maybe the studio execs should have considered that the source material, the novel by the late Jacqueline Susann, didn’t exactly win rave reviews from the critics, who dismissed it as exploitative junk. The movie apparently adhered all too closely to the novel’s rock-bottom standards.

How Does This Movie Rank Today?

Seen today, “Valley of the Dolls” hasn’t exactly aged well. The script is awful, some of the actors are so bad – particularly Duke, who is positively over-the-top rotten as she struggles with drug addiction – and the so-called “dramatic” scenes so ripe that you may think the critics in 1967 were too kind.

Watching this film with my sister one evening, I have to admit it: I couldn’t take my eyes off the screen. It’s a long film – three minutes past two hours long – but I was never bored. “Valley of the Dolls” had me hooked from the very beginning, when lovely Anne Welles (played by Barbara Perkins) decides to leave the postcard-perfect small Massachusetts town she grew up in to seek excitement in New York City – perhaps in a career as a model.

The worse the movie got – and, boy, does it get really, really awful – the more hooked I was. I was loving every minute of it.

Why? I think the true value of a film like “Valley Of The Dolls” is not its pitifully few redeeming qualities, but in its rock-bottom worst moments. This is how the phrase “camp classic” was born. You don’t watch because it’s high art, but for the exact opposite reason.

And if you doubt that a movie can be entertaining if it’s downright rotten, consider that in 2004, Hollywood considered making a revamped version of “Valley,” with stars like Janet Jackson and Christina Aguilera in negotiations for the leads. “Valley of the Dolls” lives!

Listening to Dionne Warwick sing the beautiful theme song at the film’s opening, then seeing the lush views of the quaint, historic New England town where Anne lives, you almost think the movie is on its way to some high-class entertainment.

What is the Movie About?

Anne loves the beautiful, centuries-old house in which she was raised and has a sweet boyfriend … but she longs for excitement. She wants to get away for a few years to experience life in the big city. So she takes the train to Manhattan, gets a room in a boarding house for young women, and starts auditioning for shows. She eventually gets a job as a secretary for a hot-shot talent agent.

Along the way, her path crosses with Neely O’Hara, a singer on the way up, and Jennifer Polar, an aspiring actress mainly acclaimed for her stunning beauty. It’s the kind of tale Hollywood has been churning out since Lucille Ball, Katherine Hepburn and Ginger Rogers starred in “Stage Door” back in 1937.

From there we get some of the trashiest dialogue ever committed to the big screen.

While alleging to be a brazenly honest account of what happens to young women who wander alone in the ugly world of show biz, “Valley” steals its plots shamelessly from other, better movies. Neely lands a minor role in a Broadway show headlined by fading star Hayward, and goes on to become a superstar at her older counterpart’s expense – a storyline Bette Davis and Anne
Baxter did so much better a decade earlier in “All About Eve.”

Cruel stuff, indeed, but as I said, it’s not boring. It’s worth noting that the film, despite all the crummy reviews, went on to earn $20 million, a tidy sum in those days. The Web site Cool Cinema Trash summed it up best by writing, “‘Valley of the Dolls’ is the perfect culmination of bad music, bad dialog, bad costumes and bad acting. In other words, sheer cinema trash bliss.”

What surprises me, though, is how this movie can still be appreciated, even as trash, in today’s era when television is so much more explicit. Who needs soap operas these days when they’ve been replaced by rancid reality shows that encourage people to degrade and humiliate themselves before a national audience? “Jackass” may have seemed like an extreme example when it first aired, but today it seems more like an inspiration than an exception to the rule.

“Valley” can still be cherished, I think, for other reasons. How could any director allow a talent like Patty Duke to overact so horribly? You’re in awe of her embarrassing performance. And how about that final scene where recovering addict Neely has a cat fight with her old nemesis, the Susan Hayward character, and winds up tearing her wig off? How can you resist Sharon Tate saying lines like “You know fags can get so bitchy.”

How is Sharon Tate in this Movie?

“Valley” is also noteworthy as offering one of the few performances by Tate, the beautiful actress who made just six films before her brutal death on Aug. 9, 1969, at the hands of the Charles Manson Family, when the actress, eight months’ pregnant, was savagely stabbed to death along with four other people.

Tate made other, better films than this one, like the horror film “The Fearless Vampire Killers” and the underrated Dean Martin comedy “The Wrecking Crew,” but “Valley” was her biggest hit. It’s no surprise that the studio rushed this movie back into cinemas after her death made the headlines. She was also a much better actress than Jennifer, who was described throughout the film as a beauty with no talent.

The plot may still exploitative, but Tate seems entirely genuine. And that’s saying something, considering that this film also has one heck of a cameo by Susan Hayward, who chews the scenery in this one like there’s no tomorrow.

In 2006, “Valley of the Dolls” was re-released on a special edition DVD, followed by a two-disc Criterion Collection special edition DVD and Blu-Ray. Either one is well worth picking up. It’s a guilty pleasure, I admit, but if you’re in the mood for something that revels in being lowbrow, this one is tough to beat.

Michael Freeman in an Orlando journalist, playwright and author of the book “Bloody Rabbit”. Contact him at Freelineorlando@gmail.com..