A graduate of Hampshire College and George Washington University, Michael got his start in journalism in 1988 when he began working as a reporter at a small weekly newspaper in the quaint town of Ipswich, Massachusetts, called The Ipswich Chronicle. His career in journalism had begun.

He spent 11 years as a reporter for an urban daily in Fall River, The Herald News, while also contributing commentary for local radio talk shows and teaching journalism at Bristol Community College.

In 2002, Michael relocated to Orlando, and spent eight years as the editor of The Reporter, a weekly newspaper in Central Florida founded in 2003 by The New York Times.

In November 2008, Michael formed Freeline Productions as a vehicle to produce an original play
he’d written, Hooked, which had its premiere at The Orlando International Fringe Theatre Festival in May 2009. Michael continues to write original plays and remains active in local theater. He’s a member of the Playwrights Round Table in Orlando, and the Orlando Shakespeare Theater Guild, and remains a devoted and passionate lover of the arts and community theater.

Michael has worked as an editor and writer at some of Florida’s top newspapers, including The Orlando Sentinel, The Sun Sentinel, The Lakeland Ledger and The Jewish Journal, the nation’s largest Jewish weekly newspaper.

Michael currently works as the content writer and editor at Freeline Productions and for the Orlando Magic, one of just 35 NBA teams in the United States.

He enjoys reading, traveling, the music of The Monkees, the films of Roman Polanski, catching re-runs of the 1970s TV series “Kolchak The Night Stalker,” and the great art of comic books.

What Is Freeline Media? 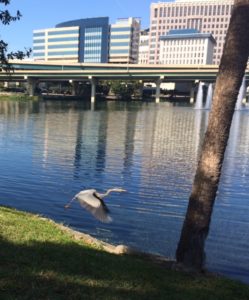 is the online magazine that covers the Greater Orlando area, with a special emphasis on one thing: finding the positive, upbeat and encouraging news about what’s happening in Central Florida.

By logging on to http://freelinemediaorlando.com/, you can read about this fast-growing, thriving region, a capital for tourism innovation, advanced health care programs, the traditional mainstay of the citrus and farming industry, and now a growing high tech field. Central Florida remains an exciting and dynamic place, with a strong future. The people who have chosen to call this region home know that Central Florida will continue to expand and attract new investment in the coming years.

Freeline Media will help guide you through the plentiful options we have here, with reviews of upcoming concerts, theater productions, and local restaurants.

Freeline Media is here to remind everyone that Central Florida has wonderful people, businesses and institutions, and we’ve got them covered.

Who Are The Contributing Writers?

Freeline Media is only as good as its writers, critics, columnists and reporters.

Brek Dalrymple, author of the “First Date” columns, is a native of Huntsville, Alabama who now lives in College Park in Orlando. He has helped lead the HRIS industry for more than twenty years, at both ADP and Kronos, where he was recognized repeatedly for game-changing operational success, innovation, productivity, and triple digit growth of the TLM group within the 4B Major Accounts division at Automatic Data Processing, Inc.
He was the overall Corporate Director of Implementation Initiatives in Parsippany, New Jersey.

Dalrymple is the president of The BrekGroup, which he founded in Orlando in 2006 with one goal: to fix the gaps in the Human Resource Information Systems world.

Already this firm has been recognized as one of the most effective solution providers in the HRIS industry, due to its specialization on core HRIS challenges, such as Human Resource Information Systems, comprehensive product optimization, and payroll processing design and optimization.

In 2013, Dalrymple expanded and opened a second BrekGroup office, in San Diego.

John DiDonna has been a theater professor at Rollins College, Valencia College and Seminole State College. He now teaches theater and drama full time at Valencia.

He is co-artistic director of The Empty Spaces Theatre Co., and a board of directors member of the Arts and Cultural Alliance of Central Florida. 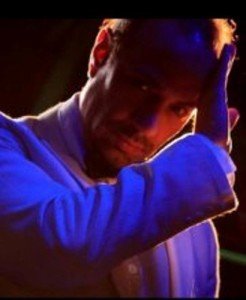 John is also a veteran actor, director and playwright, who can be seen either on stage or behind the scenes at some of the most talked about productions in Central Florida.

His past acting credits have included playing everything from Edgar Allen Poe to the Marquis de Sade to Frank N Furter in “The Rocky Horror Show.”

His original plays have included “Bathory” and “Phantasmagoria.”

John DiDonna is a veteran theater director, actor and play wright, and author of the “In Cite” columns.

John is the author of Freeline Media’s Central Florida Theatre In Process In-Cite column, which looks at everything happening in the community theater world in Greater Orlando — from new productions that are opening to upcoming auditions to new theater groups.

The popular column includes John’s own “weekend picks” of the hottest and most talked about shows playing in this region.

He’s also a conservative by heart, a libertarian by choice, and a diplomatic provocateur by nature.

In these days when so many 20somethings download movies, books and songs on their laptop and Iphone, R.T. is old-fashioned and still has a massive DVD, CD and book collection.

His passion is hanging out in bohemian coffee houses where he can relax over an Espresso and a vanilla Egg Cream. Fortunately, when he relocated to Orlando, he found just such a spot at the Drunken Monkey Coffee Bar on Bumby and Amelia in Orlando.

You can often find him there, writing theater reviews, original plays and other scribblings, while looking for like-minded bohemian types to chat with.

He can also be found on many an occasion at the programs hosted by the Jewish Community Center in Maitland, another of his favorite hot spots.

Raised in a small town in Florida, Vikki’s parents were labor workers; her mother took on the great responsibility of mother and father; raising her with strong work ethics, and morals.

Vikki Hankins has a great love for humanity and displays all apsects of that as the author of the autographical novels “Trauma” and “Trauma II.”

She is the founder of A4J Publishing, a self-publishing agency based in Orlando, and the vice president of Advocate 4 Justice, a non-profit agency that works on behalf of convicted felons and those who are incarcerated.

Often times major publishing companies tend to close the door to potential authors, never reviewing their material. Vikki says experience has shown that unless one is a celebrity, well-known or a politician, more than likely they will be turned down.

Self publishing allows people to take total control of their work. She created (A)dvocate (4) (J)ustice Publishing to give everyday people a chance to be heard through their writings and to fulfill their dream of becoming a published author.

A4J Publishing works with the author to create a customized book cover design, makes the author’s book available to online books stores such as Amazon.com, Barnes & Noble, Books-A-Million, print and ship book(s) directly to the author.

Advocate 4 Justice’s primary mission is to bring balance to the federal criminal justice system by allowing people a true second chance at life and freedom through the reinstatement of federal parole — made retroactive.

Advocate 4 Justice also raises awarenes to other issues surrounding the criminal justice system, including but not limited to restoration of civil rights for those that have completely paid their dues.

Vikki is also a motivational speaker and paralegal/legal assistant.

Linda Charlton is a professional musician.

Her introduction to the world of professional journalism came shortly out of college, when she spent three years as a stringer with The Miami Herald, primarily doing reviews of classical music.

Fast forward some years, and she found herself doing a lot of writing on environmental issues for a Central Florida Weekly newspaper, The Reporter and its parent company, The Ledger.

A bit later, she discovered she was good with a camera.

Now what she really likes is to get her hands into a good mystery.

A native of Fort Lauderdale, Heidi Bolduc first moved to the City Beautiful to attend the University of Central Florida in the fall of 2007.

After obtaining her Bachelor of Arts in radio and television Production in 2010, she began working at an Internet news/talk radio station in downtown Orlando, The Phoenix Network.

This is where she met and began to write contributing articles and music columns for Michael Freeman, the founder of Freeline Media.

Heidi currently also volunteers part-time in the City of Orlando Communications Department, and freelances as a production assistant on various TV and film shoots around the city.

She is a proud 2011-2012 Yelp! Orlando Elite and gives back to her alma mater by serving as Scholarship Committee chair of the UCF Young Alumni Chapter.

In October 2010, Freeman expanded Freeline Productions to include an online magazine, Freeline Media.

Email us at FreelineOrlando@gmail.com 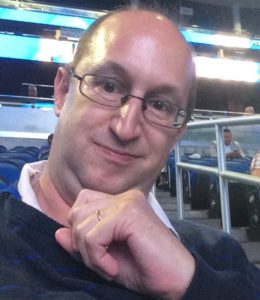