A Booming Economy: An Enemy of the Politician?

Home /Opinion, Politics/A Booming Economy: An Enemy of the Politician? 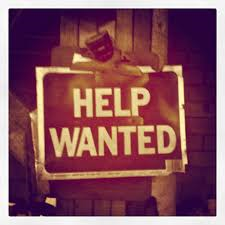 ORLANDO — In the fall of 2016, as President Barack Obama was serving his final months in office, he had a 58% approval rating, one of the highest in his eight-year presidency. He also had a booming economy at the time.

What Obama didn’t have was the ability to transfer that popularity to the Democratic Party’s presidential nominee, Hillary Clinton, who lost that November to Republican Donald Trump. Some longtime political commentators began scratching their heads.

After all, it was James Carville, the lead strategist for Democrat Bill Clinton in his successful 1992 presidential campaign, who coined the phase “It’s the economy, stupid!” to explain why Bill Clinton would win that November. That was a year when the economy under incumbent President George H.W. Bush, the man Bill Clinton easily defeated, felt so painfully sluggish.

I also thought about something else: the line that GOP presidential candidate Ronald Reagan used in 1980, in his final debate with President Jimmy Carter — during another economically miserable year — when Reagan asked, “Are you better off than you were four years ago?” on his way to a landslide victory.

The times, Mr. Dylan once said, they are a-changing.

How Did the Economy Once Impact Elections?

When the economy recovered in 1984, just in time for Reagan’s successful re-election, I remember a classic cartoon showing the Democratic candidate, former Vice President Walter Mondale, urging a crowd to ask themselves if they’re better off now than they were four years ago — to which the crowd roared ‘Yes!’ A stunned Mondale said, ‘You are?’ then put his hand over the microphone, turned to an aide and asked, “How the hell did that happen?”

Carville and Reagan seemed to perfectly capture the mood at the time, but both lines looked mighty shopworn in November 2016 as Hillary was giving her concession speech. A strong economy had not helped the incumbent party hold power, although a similarly roaring economy in the 1920s helped not one but three Republican candidates win the presidency in that decade, until the Great Depression gave Democrats a chance at a new beginning.

People were better off in 2016 than in November 2012, but it didn’t seem to impact the election in the way it traditionally had.

Just how stale Carville’s line had become was also evident in November 2017, when the economy continued to boom under President Trump. At the same time, a relatively bland Democrat, Ralph Northam, easily won the Virginia governor’s race,  beating Ed Gillespie, the Republican who ran a Trump-style “culture wars” campaign that flopped; and in bright Red Alabama, where the Republican senate candidate, Roy Moore, managed to lose to a liberal Democrat. We can cite all the unique or special circumstances that went into both races, from Virginia turning brighter blue to Moore’s sexual controversies; but the point is that a booming economy didn’t seem to be a factor in either race. Other issues took precedence.

And Carville’s theory looks ready to be put out to pasture after the November elections. In the second quarter of this year, the economy grew at a stunning 4.2 percent, but President Trump’s party lost the House of Representatives as Democrats picked up a whopping 40 seats. And it’s endlessly fascinating to me that a Gallup poll in December showed the president with a 38 percent approval rating under an economy that’s stronger than when Obama was posting a 58 percent rating.

If you asked most Americans if they were better off today than in November 2016, at least economically, most of them would probably say yes. But that’s not translating into pro-incumbent sentiments at the polls.

I thought about this today when the federal government reported that in December, employers hired the most workers in 10 months. Nonfarm payrolls soared by 312,000 jobs, the largest gain since February, and job gains were reported across all industries except for the information sector. We also learned today that data for October and November were revised to show 58,000 more jobs added than previously reported.

In my lifetime, the last time I can recall an economy this strong was in 1997-1998, when the unemployment rate was also in the range of 3 percent and employers were offering hefty signing bonuses to attract talent. At the time, Bill Clinton was president, and he was mired in sex scandals, a criminal investigation, impeachment hearings — and had a 60 percent approval rating. Carville was right back then; so what’s changed?

I’m always fascinated to see conservative commentators struggle to find an explanation for Trump’s low approval rating. An easy out is the victim card — the president is being hurt by attacks from the Liberal Media, from “Fake News,” from hatred by the Left, etc. All nonsensical explanations.

So is the claim that we’re all more partisan than ever before. I have my doubts about that. In my lifetime, I’ve watched Ronald Reagan, George H.W. Bush and George W. Bush all achieve sky-high approval ratings at some point during their terms. So did John Kennedy, Lyndon Johnson and Bill Clinton, and Obama left office with an approval rating that Trump supporters would be thrilled to see their man achieve.

The other explanation that we hear, of course, is that Trump’s approval ratings don’t matter much, since he didn’t have a high approval rating in the fall of 2016 and won anyway — what I like to call “The needle is stuck” theory, that if it happened once, chances are attitudes are set and he’ll win again. This theory isn’t any more convincing.

I can’t help wonder if we’ve all become apathetic about the economy. Yeah, it’s good. Yeah, lots of jobs. Yawn. Who cares? In the absence of the kind of torment we all experienced in 2008-2010, when the National Recession made even a crummy part-time job seem hard to find, we’re forgetting what it was like to wake up every night in a cold sweat, panicking about whether you’d ever find a job again.

Today we’ve got a lot of those culture wars debates to fire us up, and we’re more likely to be upset about what our local candidates think about abortion, Black Lives Matter, kneeling at football games, and other topics than how our finances are doing.

In a strange way, the old rules no longer apply. You can no longer quote Reagan and ask if you’re better off today than a few years ago, and you can no longer expect to ride a booming economy to safety. Now you have to tip-toe around the minefields of our culture wars.

Or some do, anyway. I suspect an awful lot of Americans, myself included, are far more apathetic about the culture wars than the economy, and more inclined to tune out the “The reason you disagree with me is because you’re an idiot” debates proliferating on social media.

And maybe the winners in 2020 will be the ones who understand, and effectively navigate, all that culture wars crap — particularly if the economy is still booming, and nobody really cares.